Amy Schumer gave birth to her son, Gene, in May via a Caesarean, and she has no shame about her how she ultimately delivered her baby – nor should she!

The star, who has been candidly celebrating her post-pregnancy body, pumping, hospital mesh underwear and more on social media, recently shared a medical form via her Instagram story.

On the form, she wrote that she delivered Gene via C-section and was asked for the reason behind that. Amy made a powerful statement by simply writing “My Choice” in response to the question and the internet cheered her on.

See the form on which Amy Schumer wrote “My Choice” when prompted to explain what she had a C-section below.

The form, as you can see, reads, “If C-section, reason” before providing a blank for someone to write an answer. In the photo Schumer shared to Instagram, she wrote “My Choice” in the blank. Go, girl!

YOU MAY ALSO LIKE: New Mom Amy Schumer Is Keeping It Super Real on Social Media, and We Are Living For It

According to The American College of Obstetricians and Gynecologists and the Society for Maternal-Fetal Medicine, nearly one in three women in the U.S. give birth via C-section for a variety of reasons, including the baby being breech, having a high-risk pregnancy that dictates needing the surgery or, like Schumer, they wanted to have more control over their delivery and chose to have one.

Schumer celebrated Christmas with her favorite two men and recently posted some of her top moments of the year on Instagram, including a picture of her baby bump from her comedy special Growing, a photo right after Gene was delivered, the adorable family of three and Schumer showing off her post-baby booty. 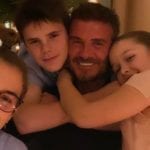 Everything You Need to Know About Harper and Cruz Beckham’s Recent Baptism: Eva Longoria and Marc Anthony Are Among the Godparents! 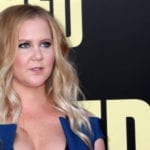 Amy Schumer Wrote ‘My Choice’ When Asked Why She Had a C-Section, and We Couldn’t Be Cheering Harder 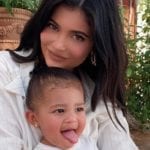 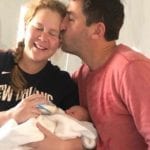 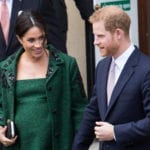