Did You Regret Only Having One Child? I Think I Only Want One: Advice? 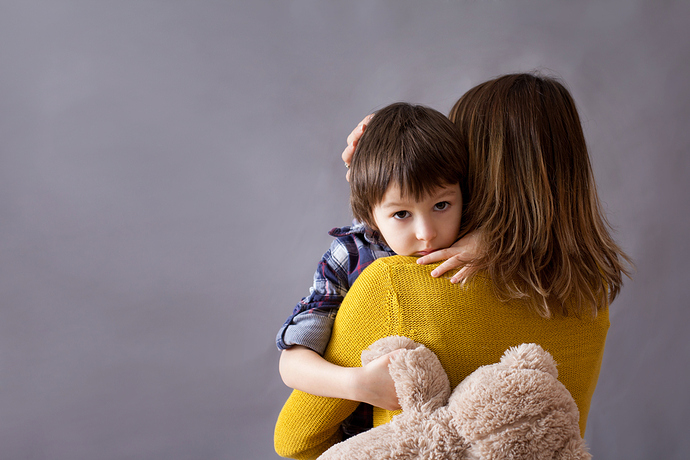 "Anyone have only one child and not regret it?

My hubby wants to try for a second one, but our girl is 16 months, and although I like the idea in theory, the more I think about it in reality, the less I want a second child."

RELATED QUESTION: Trying to decide if I should have another child: Thoughts?

“I don’t know anybody who has ever regretted having a second child.”

“I was an only child and always said I wanted at least 2. My son is 10 and I’m just pregnant with my 2nd now because I didn’t think I wanted another one after my son was born. We are human. We change our minds and some things just happen when we least expect them.”

“I’m an only child and only grandchild. I love it. You learn independence early on and you pick friends that become like siblings. I also find comfort in knowing that once my parents get older I don’t have to debate with anyone else about what to do. My son is currently an only child, only grandchild, only great-grandchild and there’s a chance it’ll stay that way. We’ll see how he feels about siblings once he’s a bit older but I’m happy having just him.”

“I think choosing to have only one is incredibly selfish. No sibling to learn/ love/ fight with. My siblings are my safe place now that my parents are both gone. I can’t even imagine where I would be today without them. The death of my mother when I was a teen probably would have destroyed me if I had to face it alone. When you are older and in need of help/ care, it will fall to that only child to do everything. I depended heavily on my sister when my dad was ailing, I would have gone crazy having to do everything alone. Not just the physical stuff, but the mental/ emotional stuff as well. Decision making in those final days. And then your grandchildren will have no cousins to play with, no Aunts and Uncles to spoil them or to confide in. If your only child hasn’t yet found their partner in this world when you die, they will be so alone. I get that some people have no choice, and are blessed to have just one. This isn’t aimed at them, but rather the parents who chose this for their child.”

“When I had my first, I thought he would be my only. I felt bad cause after I pass he would have to do it on his own and have no siblings, I watched friends go through this hand has no sibling support when parents passed on. when he was 6, I found love and I remarried and got a bonus daughter who is 1 1/2 years older than him and they are great siblings and had 2 more children. I couldn’t be happier with 4 and I know when their parents and I are gone they will have each other for support.”

“It’s okay to have only one child. It can get stressful with more than one. It really depends on you and your mental health.”

“I only have one; my husband wants another but I’ve told him if he wants more he can find someone else to go through pregnancy cause I’m not doing that again.”

“I have one child, he’s 13 now, and I don’t regret it at all. He’s fabulous. He’s smart, social, busy all the time, and we have an awesome time as a family of three. With his cousins in the area, and all his friends and activities, he’s never felt like he’s missed out either.”

“I had four. Now I have one (stepmother) one is harder to keep entertained but the four were always pulling me everywhere. Surprisingly, one is more expensive for me…but we also have more disposable income than the four. Pros and cons to both.”

“I only have one child, he’s 10 yrs old. I always wanted a 2nd child but due to complications at birth & some other health issues, I’m unable to have another. Anyway, I’m 41 now so definitely don’t have the energy to do it all over again. I don’t regret it though, I’m blessed to have my son & he’s happy being an only child.”

I am 1 and done with no regrets

I have one child, he’s 13 now, and I don’t regret it at all. He’s fabulous. He’s smart, social, busy all the time, and we have an awesome time as a family of three. With his cousins in the area, and all his friends and activities, he’s never felt like he’s missed out either.

I am 1 and done. And absolutely no regrets.

I’m one and done and I have no regrets. We are very happy with our only child.

I don’t know anybody who has ever regretted having a second child.

I wanted only 1 then met my husband and we had 3 more. I do not regret any of them at all but life is definitely easier with 1. Our kids are best friends though and I love it <3 I can say my heart is full

i have a 2yr old. and have no desire for me. Ive always wanted to focus on just 1 child and give her the best i could…
i was a only child and loved it

Id give anything to be able to have another.

I don’t have just one but I can say that I feel thankful that I had a brother and two sisters to play with growing up. My cousin was an only child and hated it. I’m sure though that there are plenty of people that were happy being an only child.

I have one daughter …she is now 14 …I never wanted more and don’t regret it , she has always had me around and although was quite clingy is now becoming independent and growing into a fantastic young lady X

I had one and never regretted it. He’s 27 now. When he was 14, we “adopted” a 17 yr old so I’m technically a multi kid parent. However, I have never ever regretted not birthing another

I was an only child and always said I wanted atleast 2. My son is 10 and I’m just pregnant with my 2nd now because I didn’t think I wanted another one after my son was born.
We are human. We change our minds and some things just happen when we least except them.

My oldest is 7yrs old, I never wanted another one…until I started dating my SO I’m with now. I’m now 17wks along with my second daughter and couldn’t be more excited. Give it time and ask him for patience, maybe one day you will want another one!