How can i talk to my son about his relationship without pushing him away?

My teenage son “dated” a girl for a little over a year. This situation has been filled with drama, heartache, and manipulation. The girl broke him and his previous girlfriend (who was her “best friend”) up and lied about it. At the time, I was monitoring his phone because I feel that phones and social media can be very dangerous if not used responsibly, and I wanted to help guide and coach him in proper social media etiquette. I had screenshots of the drama and things she did to break him and her previous girlfriend up, and after much debate, I met over dinner with her mom and had a very productive chat that resulted in us being on the same page as parents and having similar rules of the house and boundaries when the kids were at each respective house. Over the past year, I have witnessed this girl manipulate and control my son through throwing fits if he turns his locations off so that she cannot track him if he doesn’t respond to her quickly (at a baseball game with his dad and friends), etc. He and one of his friends gave another girl a ride up to a game, and she threw a fit, saying, I trust you; I just don’t trust the other girl. You’ll he had another friend in the car with him. It isn’t like he was alone with this other girl. My son was unhappy (visibly) for the past three months and broke up with her and said he just couldn’t handle the controlling behavior and drama anymore, and he wanted to be able to have friends and a little freedom. She has been blowing up his phone, begging to reconcile, and she will work on some things. Within a week, she had another boy at her house, without the parent’s home (against “rules”), lied to my son that he had left earlier in the day, but due to posted photos on social media, my son saw the other guys vehicle. Since she keeps begging him back, he called her to ask, and she lied and said she couldn’t talk because her little brother was asleep beside her. A few hours later, my son witnessed the vehicle still at the house and knocked on the door, and she came out and lied to his face that it wasn’t the other guy’s vehicle and begged him to take her back. He has taken a very good friend to dinner a couple of times (not romantic…just friends), and the ex is tracking him through social media locations and asking where he is, what he is doing, and who he is with. She has now started even more manipulation and making him feel guilty because he didn’t take her to dinner like that (he wasn’t legally driving at the time they “dated” due to Covid delays with testing, etc.). He is so torn and still says he cares so much about the ex, and she was his 1st love, and is considering taking her back. I am beside myself as his mom. I want to stay out of it, but it is killing me to watch my son be manipulated, lied to… He asked me to extend her some grace because no one is perfect. I agree…, but he can do so much better. I have tried to talk to him but my husband says I should stay out of it and let him learn on his own, just like we did when we were younger. It breaks my heart to see this. Would appreciate any thoughts/suggestions of what I should do and how I can approach this without pushing him away and into her arms.

How old is your son?

As a mother/ grandmother, I would definitely be telling him how I feel about the situation!!

With all due respect and being a mother myself. I know this may sound harsh, but please refrain from getting involved. Let your son know you will be there for him when he comes to you and asks for advise or help. Other than that it’s what I would do. Also remember our children will learn to work things out on their own. Just offering my opinion for I’ve been in your situation and all it did was break my heart by getting involved.

I want to know how old too. Seems like a

mom to me. Seems odd to be tracking his personal stuff so much. Let the poor kid live. Tell him your truth and then leave him be. If he’s not being bullied or anything crazy maybe give the poor boy some privacy

If your husband does not agree with you, find another adult male close to your son that can help you explain to your son your side. Our son can’t help but ignore their mothers because they thought we are just meddling and controlling them even if we mean well. Try another person to mediate.

Why didn’t you have an issue with your son breaking up with his gf to date her best friend. That’s low and shady

He is already making up his mind. Let him find his way. Interference is almost never productive.

Wow…taking screenshots of his “drama” is NOT monitoring his phone to see that he’s responsible. Just from reading this insanity, I can’t believe you haven’t already pushed your son away.

As a mom I feel you…

Stay out if it! Be there for him to listen to and show support, but stop interfering.

Since the others are too chicken shit to say it I will.

GOOD JOB MOM!
You are doing the right thing, as it sounds like this girl could in fact be abusive, FYI tracking your partner through social and throwing mass fits when location is off is a form of abuse. It’s called CONTROL!
sit down with him momma and talk, just let the communication flow, be the friend he needs right now over all else with a little mom at the hip.

I have two sons and I fear when they start dating, I have many conversations with them about this just like this! Along with consent and so on, it’s important to be there and it’s not being a helicopter mom, it’s called being concerned.

Wish more parents would be concerned about their children like this, maybe JUST maybe we wouldn’t have little thugs shooting people up or robbing stores and breaking public property claiming “boredom”.

Sounds to me like the mother and ex gf both want to control this poor lad and he needs to get away from both of them. 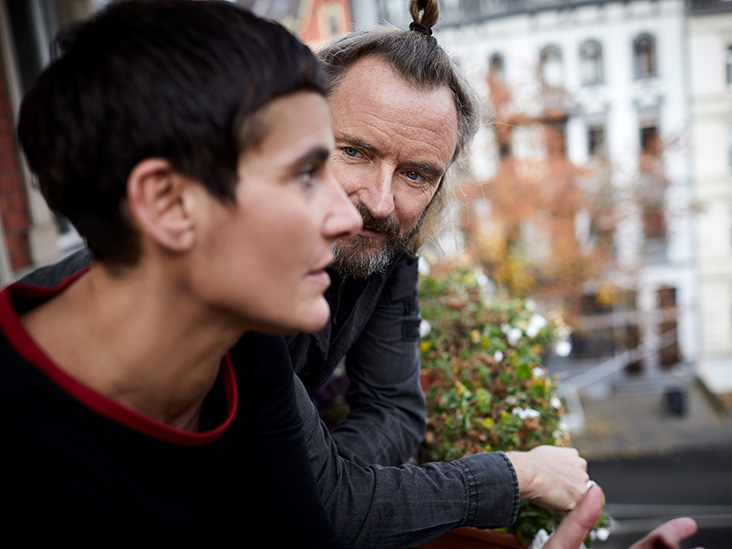 Coercive control: Definition, signs, and what to do

Coercive control is a pattern of controlling and manipulative behaviors within a relationship. Learn the signs, dangers, and how to get help here.

Say what u want to your son. Then let him do what he wants. He’ll figure it out. I’m speaking from experience.

He needs to block her

Mind your business. This is hard part of life is stepping back and letting kids learn in their own

I think your being way too involved. You need a life. He wont learn to navigate thinfs w you doing it for him.

Every mother’s worst nightmare😢 she is definitely trying to control him think the girl needs help, hope ur son see’s through what this girl is doing to him!!!

Honestly single mother of a now 22 year old son let it be…he probably is handling it fine the last thing he needs is mom butting in. Also, ad mother’s you will never think anyone is good enough for your son.