I Live with My In-Laws, Who Don't Respect My Parenting Rules to the Detriment of My Kids' Health: Advice? 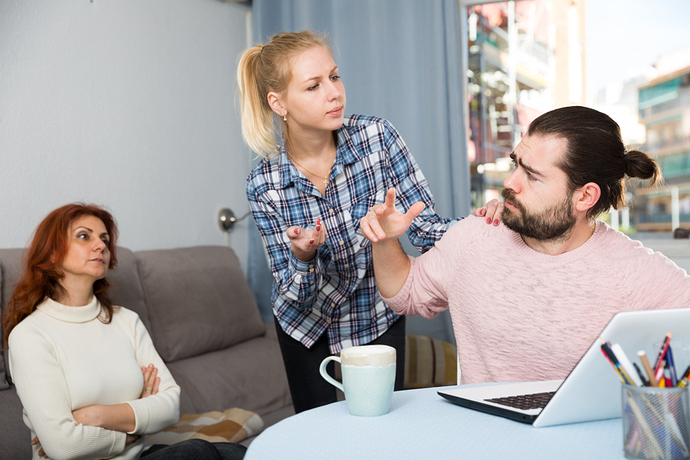 "I’m a mom of 4, and I recently moved to my in-law’s home for about a year and a half due to landlord issues. The issue is that I’m having a really hard time getting the rules established as to how to educate my kids with their diet, sleep times, the time with electronics.

For some reason, his mom and dad keep showing my kids bad habits, I’ve spoken to them on 3 occasions in the time I’ve been living with them, and they seem to comply for about a week, but then the issues continue.

I am desperate for advice. My 5-year-old has panda eyes due to the electronics because they seem to keep unlocking the phone at night time. My two year old has had surgery on her teeth (caps to stop cavity) due to the fact that my mother-in-law gives her about an 8-ounce cup of milk, soda, juice in her sippy cup 4-5 times a day and one more at night, and they are starting to unlock her a phone at night time.

My 11-year old I can control just fine because he understands perfectly what is right from wrong, but not my little ones. Oh, and my fourth baby is two months old."

RELATED QUESTION: My Mother-in-Law Expects to Be Waited on Hand-and-Foot When She Comes to My House: Advice? 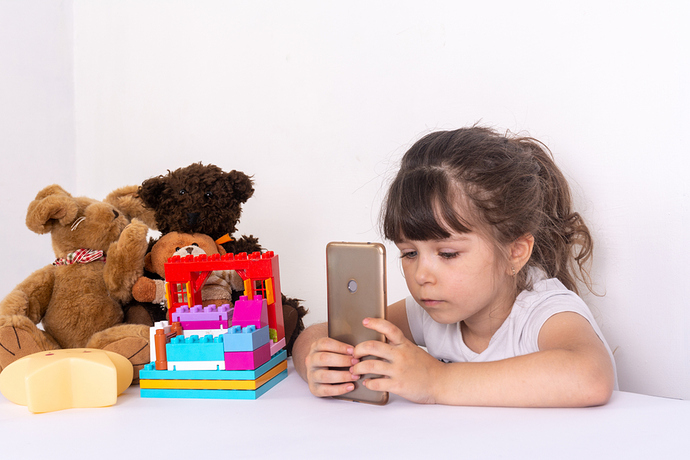 “If you’re not gonna move out, then put your foot down. Where are you when they are being given things to drink that you don’t want them to have? Where are you to make sure they brush their teeth? Why don’t you take the phones at night?”

“If you want your own rules then move out and get your own place.”

“You need to move out, sweetie. Some grandparents can’t be taught and it’s better to move out than ruin your relationship.”

“Better off finding your own place. Never live with inlaws… They don’t respect you enough to listen to the rules of bringing up your kids. If you are there when they give said items or do what you don’t like. Step up and parent them.”

“Then get your own place? I get landlord issues, but a year and a half ago!? Grandparents are meant for children to have FUN. Not to live with and try to raise kids with. It would be different if you lived on your own and they were butting in that much.”

“Where are you when this is happening though? Maybe you should take them somewhere else for daycare if it’s while you’re at work or something. If you’re there and they are undermining you, that is a big issue that they need to respect you as the parent.”

“You need to let them know it’s not okay. If they still do it then you just need to move out. You can’t be fighting with them in their own home. They shouldn’t be making their own rules but you do live with them so there’s not much you can do unless your going to be running around making sure the kids are mostly with you to make sure they don’t do what they want with your child. I had the same issue and I tried to have my kid at all times to prevent from others in the family doing whatever they wanted and I made sure to move out within a certain time to not have more issues for when my next baby came because you also just don’t fight with people in their own home. Best thing to do is live on your own!”

“That’s what grandparents are for!!! Fun and not many rules. I suggest moving out then. You just moved into their place but you blame them for the cavities? Where are you during all of this? Confused a bit here.”

“You cannot live in your in-laws home and expect to put down rules. That’s their home. Be glad they even let you stay there. Lots of parents wouldn’t.”

“Explain to them that they are actually hurting their health, and take away anything that they give the children in front of them EVERY SINGLE TIME IT OCCURS to drive the picture home that you are over it and that you are serious… tip the juices out in front of them too, waste all their milk every time they do it they will soon get sick of replacing milk and juices that you keep tipping out…if it continues move out.”

It will never change, only long term solution is to move out.

Why do they have access to her phone at night? Keep it in your possession.

As long as are under their roof you will have issues

Try making a schedule up and discuss it with them and keep it posted where they can see…like milk with breakfast juice with lunch water any other time, electronics off and in kitchen at 7 pm. Bedtime 8 pm…sometimes a visual aide can be helpful.

You and your husband need to speak to them again…who does the phone belong to ? If it’s your mil’s ask her again not to give it to your child …you put them to bed and keep checking in them if they have the phone take it away…is she looking after the kids while you work ? Hence the reason she gives so much sugar drinks ? If not it’s up to you to make sure she doesn’t…the only way to stop this is to move out

May wanna find another place to live

Move out, a year and a half is not “recently”. It’s time you guys get your own place.

Are you not there when all this is going on?? Just wondering bc I dont have too hard of a time when we visit the inlaws and I have to take something away that she gives them. I just go right behind her, take whatever it is and say she can’t have this. If for some reason your kids are in her care more than yours, you will have to except the way she cares for them or not let her be in charge of them so much.

Your husband needs to have this talk. You’ve tried, they’re his parents. You may also need to accept that some things may be different. You’re not in your house and may need to adjust. Pick your top issues and have the conversation. Good luck.

Lots of In laws are like that, it’s like a power point like “I can do what i want and wtf do u think u are going to do about it” and I know it’s not all In Laws but it’s definitely a thing. They swear they can do what they want and how they want with our kids, and it’s so hard when it’s the little ones like under 10 that get the nasty attitudes and when they throw that attitude around u can just see your In Laws through it. Honestly u have to get your kids to understand what u say goes and u have the last word and u can say and do it In front of the In Laws so they get the point that you are In charge of your children and that’s it. They will fuss and fight (kids & inlaws) but at the end of the day u gotta work on getting on your own. Very rarely can u live with other people with your children. It doesn’t work. It might for a little while but at the end if the day it don’t work. There will always be a tugawar with your own damn kids! Once in a while u will get that in law that is on the same page and will respect u and your rules with your children. That’s the non toxic human!! Good Luck

Move out, they’re going to keep doing this crap.

Their house. If you want control, move out.

Time to move out. I don’t think you will solve this problem and it will eat at your relationship with your husband and then your in-laws. So either move in with a another family or learn to live. Your in laws should be respecting your rules. But they aren’t. Time to GO.

You know the rule of thumb is you live under my roof you follow my rules ? It’s only been drilled into us since childhood! You’re living under their roof and for quite sometime. As grandparents their just trying to keep the children happy and that’s their only job! That’s why grandparent visits are fun and enjoyable and also not daily. This is your problem not theirs they are trying to help and still be grandparents. You’re forcing them to put rules and regulations on your children when that’s not their job! You’re married with 4 kids living with your husbands parents for over a year ? That’s a you problem not a them problem. Move out grow up and allow them to spoil their grand babies when they can! Stop forcing rules when they’ve only been supporting you! If you were not there daily your kids wouldn’t be eating and drinking junk daily it’d be a treat as nana and papa do that. Isn’t that what we look forward too ? Raising our children right so we can spoil our grandchildren and send them home!

A year and a half is not recently… and you have a 2 month old so you had another baby before you even had a place to stay… nice. Also, how are they able to do these things without your knowledge? Are you having them watch your kids?

Why are your kids up at night/ all night? Why is the 2 year old getting sugary drinks day and night? Where are you? Where is dad?

You gave up your rights after moving into that house. Hush