I Think My Baby Is Allergic to His Formula But No One Will Listen to Me: Advice? 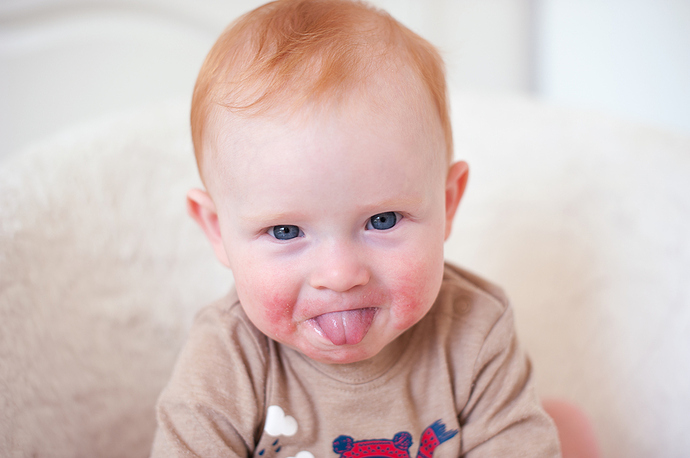 "I swear, my one-month-old is very obviously allergic to his formula, and no one has believed me.

I’m really annoyed with the people around me in that regard. Besides calling his pediatrician, what are your favorite sensitive formulas? TIA!

We only supplement or do one full feed with the formula and may supplement an ounce here or there. Anything helps. He’s been so miserable."

RELATED QUESTION: My Son & I Want a Cat, But My Boyfriend Refuses Because His Family, Who Never Comes Over, Is Allergic 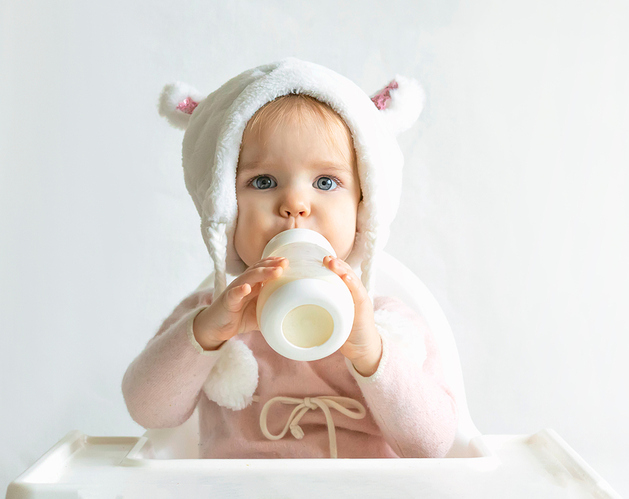 “If you suspect an allergy, you definitely need to talk to the pediatrician about it. There could be an allergy issue going on, but there could be lots of other things causing symptoms. The pediatrician will also have the best suggestions for what to use for your baby’s allergy and which formula to switch to.”

“First thing I would do is call pediatrician…especially if you think he’s allergic…go with your gut…but I wouldn’t try a bunch of different things not knowing if he could be allergic to more.”

"Similac was provided by the hospital when my son was born. So we loaded up after we got home. Then puking and projectile diarrhea came for weeks. So we switched to another Similac. Never got better. We switched to Enfamil gentle ease. Eh. He got super constipated for weeks; like we went 13 days without pooping. We switched to Enfamil soy, took a while to adjust but he got pretty “normal” belly- and digestion-wise.

“After he was a year we put him on whole milk and he was doing alright. Always constipated.”

“Finally, after 2 years of super constipation, we’ve been 3 weeks on fat-free milk and super limited dairy intake and this kid is now regularly pooping!! So point, just literally keep trying different things till it works. Give it at least 2 weeks trial before switching.”

“We supplemented one bottle a day with formula the first couple of months, I thought the same thing. Even switched him to sensitive (lactose-free) still was gassy, fussy, puking… Turns out he wasn’t allergic, his sensitive little tummy just wasn’t used to 2 different kinds of milk (breast milk and formula). So we strictly did breast milk till I dried up then 100% switched him to formula around 5 months. Took his tummy all but 2 days to adjust. It really all depends on your babe’s symptoms.”

“My oldest only nursed for 2 weeks and then we spent 2 months in and out of the doctor’s office trying to figure out what was going on- she was cow and soy intolerant. Nutramigen saved us!! Because of this, I worked overtime to make sure I exclusively BF the next 3. It’s a tad expensive but your insurance may help with it.”

“Could be acid reflux. My son had it and he had to take liquid reflux reducer.”

“Both of my boys had to use Enfamil Gentlease. It’s much easier on their bellies since it’s easier to digest. However, if he continues to not tolerate that, you may have to switch to soy-based. It’s ok to try different things until you figure it out. And don’t you worry about anyone “believing” you. You are his mom and you know your baby and what’s best for him. Who cares what anyone else thinks.”

“My son had a lot of issues when he was born, I went through all kinds of different formulas nothing worked. I swore he was allergic. Took him to the doctor and she told me that you can’t mess like that with their tummies. Remember he was in your belly for 9 months and his digestive system is used to what you eat, it may take him a few months. By the end of it, my baby was back at his original formula and it just took a minute for him to adjust as my doctor said.”

My son went through this, 7 formulas later we finally got Similac Soy (pink can) to work for him. Good luck mama.

Go with your gut instinct. My son was in Cow & Gate Stage 2. Completely fine on stage 1 and 2 UNTIL it said updated formulation on the tub. This is what he come up like

nutramigen worked for us

He could need lactose Milk both my kids threw up there formula shorty after drinking it.

Nutramigen was a godsend for us x

My son was spitting up after every feeding but still gaining weight. It took him pooping mucus and blood before the allergy was taken seriously. We started on Nutramigen and it has gotten much better. They say at least a few weeks before everything fully goes away. He is much happier and able to sleep thru the night now.

Enfamil Gentle ease was our savior after trying several. I believe you can buy cans from Target and if they don’t agree with baby you can bring it back (even if opened), worth looking into! Either way try each one for a bit, it won’t be an automatic change

Nutramigen, worked like a charm. No more spit ups and loose bowels after every feed

It can be something you’re eating as well.

Change the formula on your own

Elecare is the best for sensitive kids. We went thru all of the lactose free and soy formulas before we got to it. Also he could be allergic to dairy protein, so if you are breastfeeding you may try to cut dairy, it took us almost 7 months to figure all of this out. Good luck momma!!

Try soy before going towards nutramigen or others like it

Enfamil gent lease was the only formula that worked well with my baby! Hope it helps