I Want My Daughter to Know Her New Sibling: Should I Reach Out to My Ex or His New Partner? 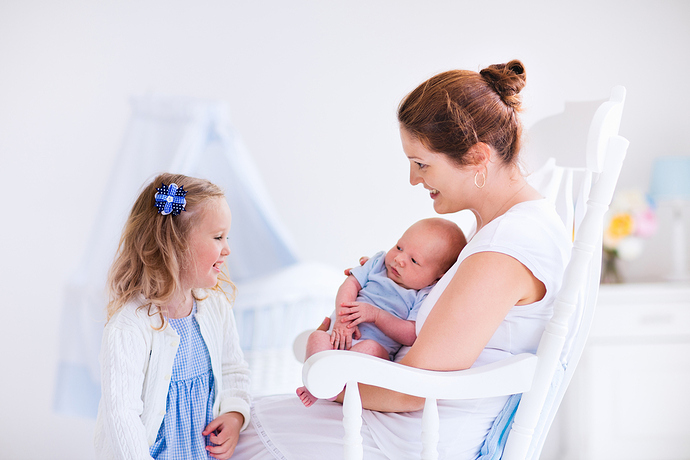 "I am unsure how to go about this situation; I have been separated from my daughter’s father for nine years; my daughter is 10. He’s been a minimal aspect of her life with phone calls here and there but nothing consistent.

I recently found out he has another child on the way; he has not told my daughter yet about it. I’m not 100% sure of the relationship status of him and the woman pregnant with his child. I do not feel like it is my responsibility to tell my daughter about the new baby, but I don’t want to hide it from her either, and her father is not the type of person to see this as an important thing to do.

Is it wrong for me to reach out to the woman and start to try and build a relationship for my child and her soon to be half-sibling?" 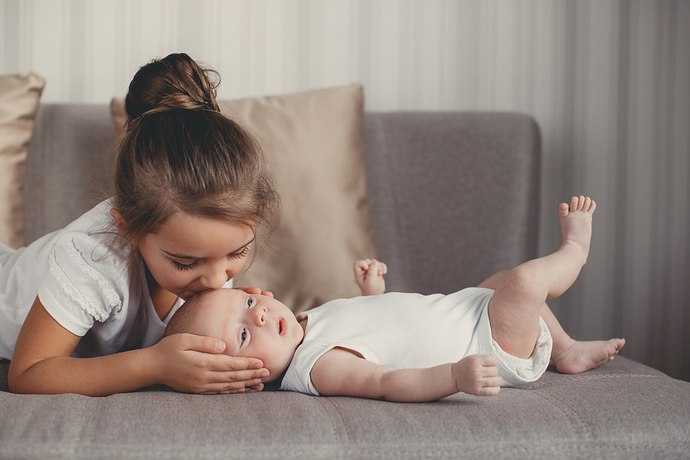 “Let sleeping dogs lie. He hasn’t been part of her life and her having a relationship with her sibling is likely to reopen that wound.”

“I personally would not do it as of now maybe in the future you really don’t want to get your daughter’s hopes up for a relationship that might never happen.”

“Being that kid whose split parents hid a sibling until I was 10, tell her. It should be his responsibility true and give him the opportunity to do so. But you’re just as responsible for her emotional well being. Lemme tell you, when I found out about my older sister and knew none of the adults in my bubble were mature enough to tell me the truth; not only was I sad, I was furious with them. OH and I blamed them both. You will not escape with “Well it was his responsibility to tell you, it was his call”. Oh no, that will not fly with a kid, especially when she trusts you most in the world. In fact, it’s a great way to make her question what else you’ll lie to her about or have lied to her about. I know some may not agree, however, I have been that kid. From experience tell her the truth. Best of luck with the situation however you decide to approach it.”

“YES, it would be wrong to go around the father of both girls despite who you are (the mom to one) and what your intentions are. You can talk to the father, ask him what he intends to do, explain your feelings but beyond that, it is really his call.”

“I personally wouldn’t. Just let it be. It’s not your business to tell. If he tells her that’s his business. He isn’t consenting to her life. What if he is to this new child. You’d cause her a whole lot of unnecessary pain.”

“Reach out with caution. You don’t know the story or what kind of woman she is, or what your ex told her about you. Maybe do some research first, a little Facebook stalking and such to know what you’re dealing with. And be prepared to back off in case she ends up being hostile or toxic.”

“Maybe wait until the child is a bit older before contacting this other woman. It seems like there’s a lot going on here and you don’t want to be involving your child in that right now or get her hopes up about a sibling. There are 9 years between them; they can’t exactly play together so she’s not going to miss out on much.”

“Honestly I would suggest waiting simply because 10 is a fragile age and the news that the absent father is having another child may incorporate feelings of not being good enough or wondering what she did wrong. That’s just my opinion and as a mother myself I would consider my daughter’s feelings over anything but also understand that some adult situations are hard for children to fully understand and sometimes may turn it inwards.”

I don’t think it’s wrong. She has the right to know her sibling!

Let sleeping dogs lie. He hasn’t been part of her life and her having a relationship with her sibling is likely to reopen that wound.

I personally would not. If he wanted y’all to know, he would contact y’all. Sounds like a dead beat to me

Hell naw his problem not yours.
think of it this way what if he has a relationship with a new child and doesn’t with your daughter how’s that going to make her feel.

Honestly what if this makes her excited to have a sibling and desire that relationship and then he still has little to do with her, then she has the pain of no father and not knowing her sibling. I am good friends with my daughters brothers mother and we dont communicate through there father at all

YES, it would be wrong to go around the father of both girls despite who you are (the mom to one) and what your intentions are. You can talk to the the father, ask him what he intends to do, explain your feelings but beyond that it is really his call.

Absolutely reach out and try to build that relationship for your daughter!

I don’t see a problem with reaching out. It is not your child’s fault or this new baby’s fault that their father doesn’t act like a dad. The kids have a right to know each other.

Stay out of it
How often is your daughter going to see the half sibling? That would also mean the father being involved in the other kids life. Also what’s to say the other woman knows anything about your kid at all.
Let the father tell the kid if he even talks to her. You opening a door of so much additional bullshit and stress.

That’s a double edged sword. Your daughter has a right to know her sibling, but her father is barely a part of her life to begin with. By going around the father and reaching out directly to the mother of his other child, you may drive a further wedge between him and your daughter/you causing unnecessary drama. I’ve seen situations like this cause the father to withdrawal completely and the other mother become spiteful (she may not even really know about your daughter). All that came from reaching out was anger and the end result was that the child ended up hurt with no relationship with the sibling.

Personally, this is something you need to discuss with the father and find out what his feelings are. If he doesn’t want you reaching out, then you may have to let it be and accept that your daughter isn’t going to know her sibling.

I’ve been there.
I did not feel it was my place to try and form a relationship with the other children of my sons sperm donor.
Just because YOU want your daughter to have a relationship with the other child, doesn’t mean that other mother wants the same for her child. You stated you don’t know the relationship between the other woman and him; maybe she doesn’t want him involved and by proxy that means your daughter as well.
I think you need to have a conversation with her father, and listen to what he would like, because at the end of the day; that other child is his- not yours.

How did you find out? Did he tell you or did you find out through rumors? I’ve seen this kind of thing go multiple ways. A few times the mom’s became good friends & kept the siblings in each other’s lives. On the other hand I’ve also seen it go bad. Children are used to keep tabs on an ex or for control. I think first you have to find out if it’s true & who she is. Then I guess reaching out to her isn’t a bad thing as long as you’re doing it for the kids & you’re both ready to loose the relationship if it goes bad.

Does this other woman know about you and your child? If not then leave things alone. Your child doesn’t have her father in her life whatever the reasons are and it wouldn’t be healthy for her or the sibling to push for them to have a relationship.