I'm Very Worried My 4-Year-Old Is Eating Too Much: Advice? 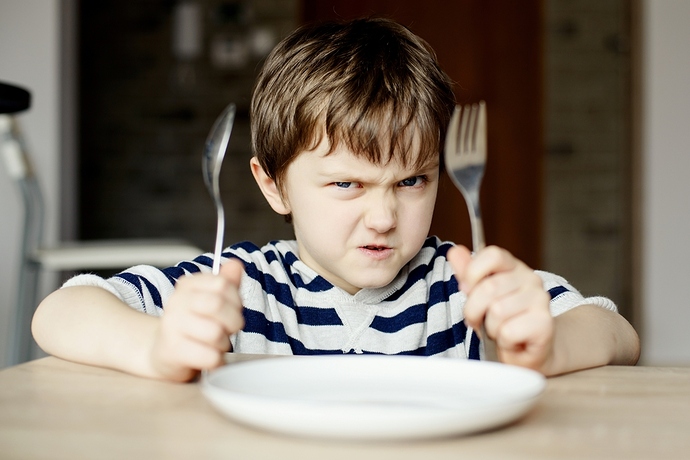 "My son is four years old, and his eating habits lately have become extremely worrisome. I did think, ‘oh, he’s just going through a harmless growth spurt,’ but this seems excessive.

For example, for breakfast this morning, he ate two whole biscuits, three servings of eggs, a cup of yogurt, and some blueberries. Not even 10 minutes after he was done eating, he was screaming that he was hungry, so I gave him an apple.

Immediately after that, he wanted more (he had a snack pudding cup after that). At 12 PM, I made everyone lunch. He ate two whole sandwiches, two yogurt cups, and apple slices. Twenty minutes later, he ate almost a whole tub of cottage cheese!

Still, after eating that, he wanted even more! He’s constantly thirsty, too. I don’t think he’s just bored. I’ve tried telling him to just wait until the next meal, but he screams and cries until I give him more.

It’s been a little over two weeks like this! I’m going to make him a doctor’s appointment today, but just curious if anyone else has dealt with this.

Should I just write it off as a weird growth spurt? He’s my oldest, so I’ve never dealt with this before."

RELATED QUESTION: Am I feeding my baby too much now? 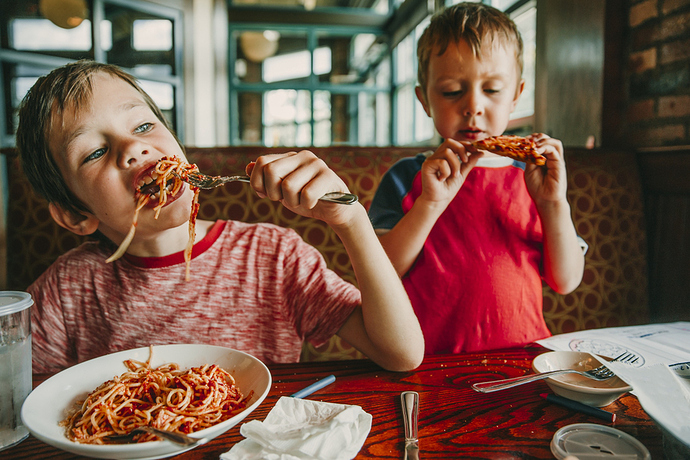 “This happened with my daughter last year. She was eating everything in sight, she was also carrying around 2 water bottles at a time. No matter how much she ate, she continued to lose weight. She was also having a lot of belly pain and attributed it to being hungry. Anyway, 5 weeks of this and multiple doctor’s appointments ended up turning into a 3 day stay at Children’s hospital. That’s when she was diagnosed with Type 1 diabetes. I don’t say this to scare you, but I do say this because I didn’t know any of the symptoms. If I had, then I would have had them check a lot more. Instead, our girl had to fight for her life in DKA. Fingers crossed that it is some kind of crazy growth spurt. I will be thinking about you both.”

“Research Prader-Willi syndrome and see if any other symptoms seem familiar to you. It’s quite rare but worth looking into if he has other characteristics.”

“I raised 4 boys. It’s growth. Next week he could eat nothing. Seriously I understand your concern but just let him eat. And what you giving him is good food anyway so I wouldn’t worry at all. This is only the beginning for you lol.”

“That boy is getting ready to grow!!! Continue to offer healthy foods and plenty of water. My daughter can out-eat a linebacker right before a growth spurt, and she’s a skinny twig.”

“I would def ask them to check his a1c and thyroid levels! Sounds like could be diabetes or thyroid.”

“More than likely a growth spurt. But welcome to having a boy. I have 4 boys and they have eaten this way all their lives. Doesn’t change. None of them have weight issues. Oldest is in the army. 17 and 18-year-old are tall and skinny. 12-year-old normal weight for 12. If you are concerned take him to the doctor.”

“The sounds normal, minus the drinking, for my 7-year-old daughter. She’s always been a big eater. She is tall and skinny. However, thirst is a sign of diabetes. I would call your doctor if you are worried.”

“My son is about to turn 6 and he is “always hungry” might be a boy thing or the growth spurt. My nephew is the same way and he’s 13. Is your child average weight? If he is I wouldn’t worry about it. But a doctor’s appointment to soothe your mind isn’t a bad idea. Hope everything works out.”

“Kids grow rapidly. Sounds like he’s ready for a growth spurt. My little brother did that and would be in so much pain if he didn’t eat when his body told him he needed to. It’s totally normal for kids. Heck, I’m a girl who has always been small and I used to eat like that! I was skinny too.”

Excessive thirst can be diabetes related and eating could be worms. But I would go and get him checked out by your paediatric dr

Check with his dr id also ask about juvenile diabetes.

My son, 4 on the 11th, does the same thing right now. It could be a growth spurt. As long as he is eating healthy foods and drinking plenty of water is what my pediatrician said. This is totally normal. Feels like they eat SO much at this phase though.

Definitely time to check with his doctor. There are some serious things that can cause excessive eating like this such as pituitary issues, digestive issues, etc. Excessive thirst and drinking is a classic sign of diabetes which needs to be treated asap.

Try more protein in his diet

Take him in, ive heard of Diabetes 1 acting this way.

My 4 yr old does this a lot, he’s going through a growth spurt. I just make sure he gets healthy foods and lots of water.

Have you checked for worms

My daughter is this way she is 3 they tested her for diabetes just in case but levels are fine! Dr said stick to water and healthy snacks.

More than likely a growth spurt. But welcome to having a boy. I have 4 boys and they have eaten this way all their lives. Doesnt change. None of them have weight issues. Oldest is in the army. 17 and 18 year old are tall and skinny. 12 year old normal weight for 12. If you are concerned take him to dr.

That boy is getting ready to grow!!! Continue to offer healthy foods and plenty of water. My daughter can out eat a line backer right before a growth spurt, and she’s a skinny twig.

Research Prader-Willi syndrome and see if any other symptoms seem familiar to you. It’s quite rare, but worth looking into if he has other characteristics

The sounds normal, minus the drinking, for my 7 year old daughter. She’s always been a big eater. She is tall and skinny. However, thirst is a sign of diabetes. I would call your doctor if you are worried.

Have his A1c tested-could be diabetes.

Could be a growth spurt but would definitely get his glucose levels checked. Is he going to the bathroom excessively too? If so, I would make an appt ASAP

Boys do eat a lot but the fact that he is thirsty I would go to the doctor. My son didn’t have both