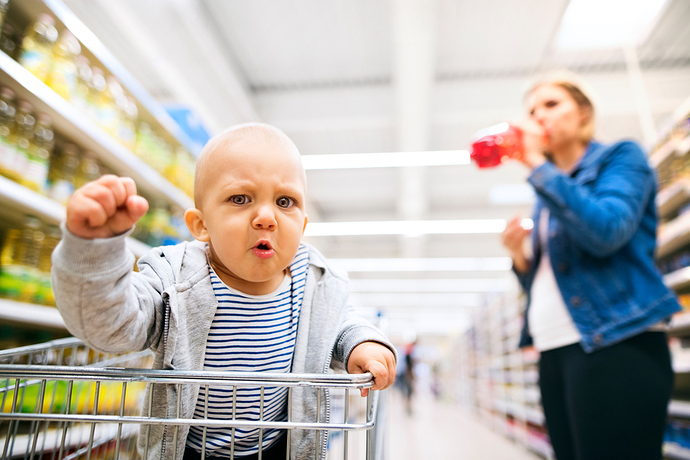 "So my ten-month-old is starting to get really mean! He is constantly pulling my hair, scratching my face, pinching me, and biting me!

He is teething really bad, but the other stuff, I’m not even sure where he learned it from. It’s not just him trying to play with my hair either he purposely grabs a handful and yanks it out. It’s become a game for him (also, it’s not just to me. He does it to everyone).

What should I do? How do I get him to stop?" 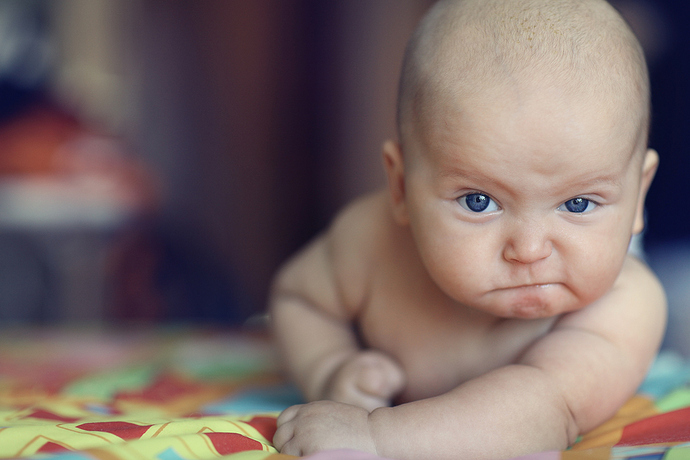 “Let’s all stop for a moment and remember this is a 10-month-old baby. Far too young to understand discipline. Redirect.”

“You can’t say no biting then turn around and bite him… same as slapping totally defeats the purpose. I use to make a big deal out of it acted like they really hurt mommy (crying and all) when they did that and they felt so bad even at 11-months-old. Kids are smarter than we think!! It’s a phase he will grow out of it. I had 4 boys they all did in no time!!”

“I always pulled my kid’s hair back. It’s just a very light tug but they didn’t like it. Bite them back too! My son always laughed when I bit him so it was never hard and it took forever to break that of him.”

“I’ve been dealing with my son ever since he was about the same age I tried time out, the firm no’s and the redirection to no avail. A mom on this group then suggested I try this technique which has actually worked! When he hits you, employ big dramatics cry and act as it hurts you. He will begin to strengthen and develop empathy because he does not want to hurt his mommy. Trust me it works. My son hit my grandma and she was hurt and he could tell and he covered his face in shame and hasn’t done it since.”

“He is literally a BABY. He isn’t aware enough at this age to be spiteful. He’s fascinated with hair and stuff because it moves or is soft, etc. Gently move his little fingers and start to say “no, that hurts mummy” and distract him with something else.”

“I’m avid reader about child development and a teacher. I can assure you he hasn’t become mean. He’s exploring the world and creating concepts like cause and effect. He doesn’t know that he’s hurting you by pulling your hair or biting you. He doesn’t do it to hurt you. My baby does the same thing as well. I say “ouch, baby, that hurts! I won’t let you pull my hair” I stop her from doing that and redirect her attention to something else. I give her something else to focus on, like a teething toy.”

“No need to be a lazy parent by biting and hitting a baby to get the message across. There are other ways to do so, it just takes a little patience and self-control on the parent’s part. This is totally normal, and he is just exploring cause and effect, so he shouldn’t be punished for something he doesn’t understand is wrong. That’s just cruel. He won’t even begin to develop impulse control until 3 years old so the only thing that works is redirection. Tell him it hurts and show the appropriate action, gives him something else to bite, and/or move his focus onto something else entirely. When you tell a young child “don’t do this” and that’s it, you have not given them the proper education on what they can do instead, and when you perform the very action you don’t want them to do in an effort to teach them not to do it, then you’re just confusing them. They still think biting and hitting is ok, just not to do it to you because they now fear you will hurt them.”

Say no in a Stern voice and tap his hand

Is there anyone other than you he is left alone with who could be providing a negative example? When Your Baby Pulls, Tugs, and Pinches

Learn how to handle your curious baby's roving hands.

My third kid did this. It didn’t matter if I put him down and walked away, raised my voice, spanked his hand, slapped his face back or pulled his hair back. He only did it to himself and I. And trying to stop it just fueled his fire. I just realized last week that I’m not sure when it finally stopped but that it’s been quite a while. Just know it won’t last forever

Old school answer. Return the behaviour. It shows them it hurts. They stop immediately.

He is too little to understand consequences of actions . Redirect.
He is not doing it purposely to harm anyone . He doesn’t know . Redirect.

Seriously, a good ass whipping will do the little monster

Its normal, dont worry, and I agree with Tami McCabe return the behaviour.

Talk to him, explain right and wrong. He is so young he doesnt knoe anything and needs to be talked to, more communication especially from now til 18 all about explaining and instructing good from bad and working through emotions.

Well let me say i will give u my advice but it wont be the most popular . I always say bite them back on the other stuff scold him and tell him its not nice

Also… very normal for babies that age to do so, they are starting to figure things out, touch, emotions, dos ans donts etc…

That’s so hard. I’m sure it’s very upsetting to you.b I think a good thing to do is put the baby down or turn your back on them when they attack you. Do your best not to give them a reaction. Then if course spend lots of time with positive interactions. Perhaps you can identify situations when the bad behavior crops up-tired, end of day, when you are busy with chores, and try to set the baby on a different path.

My daughter is the same age and does that as well. We just tell her no.

Its normal. They still can’t talk so when they’re sleepy or frustrated or want attention that’s what they do. They express themselves through touching or acting out. My son did those things for a few months then outgrew them. Just hang tight, you’ll be in another stage in 2 months lol

I can’t tell you how many scratches In my nose I have from my 14. Month old and then she laughs

I just gently swat at her hand when I see it coming and tell her no firmly if she’s sitting on me when she does that or bites I put her down or if it’s bed time than she cries it out.

Just ignore and calmly redirect him toward something positive. He must just want more attention and negative attention is attention.

Let’s all stop for a moment and remember this is a 10 month old baby. Far to young to understand discipline. Redirect.