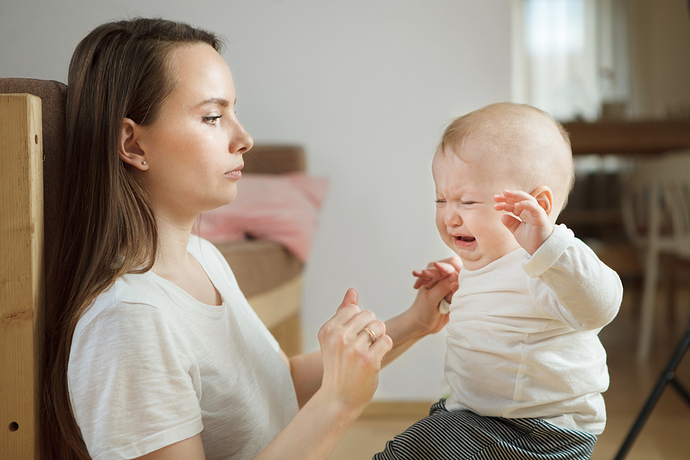 Now she won’t say either except for the rare occasion. She responds to her name and sounds, so hearing is not an issue.

I heard at 13 months they know about 3 to 4 words, and for her not to say the two words she does know concerns me a little bit. Has any other parent experienced this?"

RELATED QUESTION: Should I Be Concerned About How Little My Toddler Talks? 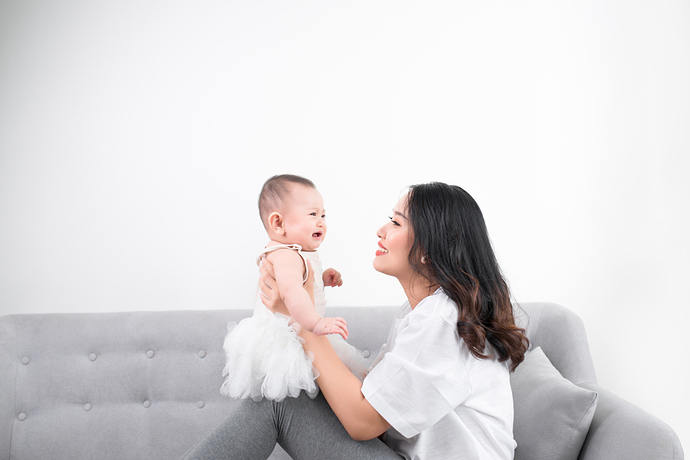 “If you are stressing it, I would talk to your doctor just to be on the safe side. All kids are different. A doctor once told me kids are like popcorn, they pop when ready.”

“The biggest lesson to learn is to not try to compare your child to another. It will only give you unnecessary stress and worry. Every child is so unique and learns in their own special way and on their own time. Her brain is learning so much at that age. If the doctor isn’t worried I wouldn’t stress too much about it. If your gut says differently than push for whatever tests you think she needs.”

“My daughter said several words but not near as many as she should at 18 months. We got her hearing tested and turns out she had mild hearing loss. Don’t write off her hearing as fine or normal just because she was saying a few words. Take her to get it tested just to be sure.”

“I have five biokids, 8 children total. Every single one of them slowed down talking, some of them to no talking, between 12 months and 18 months. It’s not unusual for verbal infants to get quiet as they transition into toddlerhood. Their brains are growing gross and fine motor skills, as well as learning concepts like cause and effect and object permanence. Since autism has been brought up, a speech regression at such a young age is not typically a marker for autism. Generally, speech regression around year three or four is a concern. All that being said, never feel silly about addressing any and all concerns with your pediatrician. Your instincts are important.”

“Every child is different. She may just be taking her time to learn words. If you’re concerned about it then talk to her pediatrician.”

They stop doing certain things when learning a new skill…she wouldn’t of forgotten how to say those words. Itl all come back

Mine will say a bunch of stuff one day and can’t get anything out of her the next , she talks when she wants. Some days words I didn’t know she could say.

Speak to her Dr. Eveey child is different so dont think the worst but early intervention is always helpful. Dont baby talk. Both my kids started speaking early my 1 year old says about 20 things but we speak with her and to her as a little person. So repeat words and be patient.

My daughter has severe speech delay. Only said a few words at that age. She couldn’t even say her Ms. Did not say mamma until she was 3 and already enrolled in early education.
Not much they can do really just monitor her and then testing is usually around 3.
Just let the Dr. Know. Have patience and keep practicing.

My son said some words then none he’s 18 months and says everything now! He can form two words together as well! They will when they are ready.

Don’t stress it. She’s only 13 months old. All of my kids progressed at different times, I have 4 of them, aged 17 - 3
My 3 year old was advanced in walking and other things whereas he didn’t speak until he was 2. Now he never shuts up. You’ve heard her say those words so you know she’s capable of doing so, and she will continue to speak when she feels like it. I wouldn’t run to the doctor and stress about it.

Please go see your doctor. Any loss of words is cause for concern.

Go to the doctor now. My cousin’s middle child started regressing when she had her youngest so that’s what they thought caused. Unfortunately that was not the case. What do you have to lose by checking with her doctor?

All babies learn at their own pace don’t compare them to statistics got grandsughters year apart n they never done the same things at same months never!! 5,6 now still learning at their pace;”)

I wouldn’t be concerned until after 18 months. She is learning so much right now, especially gross motor wise. I don’t think a delay would be aknowledged until 2, and I know some kids that really didn’t start talking much until 2.5. Try to give her two options multiple times a day. Her hearing sounds fine… I wouldn’t worry. They pick up on your stress.

I find that when little ones are told over and over “say mumma” and “say dada” they just get sick of it and refuse to say anything. Maybe this is the case? If not, its really nothing to worry about or race off to the doctor about. Relax. Interact as per usual and she will pick up new words when she is ready.

My lil girl was like this said loads of words and 1 day stopped and started calling everyone teddy… Cudnt understand it so went doctors and she said she needed some speech therapy and have to say it worked. Also my daughter had a soother…

Is she Autistic … I’d be taken her to a specialist

I did that because my brother was born. I had to go through speech therapy from pre k until 3rd grade.

If you are stressing it I would Talk to your Dr. Just to be on the safe side. All kids are different. A Dr once told me kids are like popcorn, they pop when ready.

Are you in the United States? If so, call your school district and ask about the infant and toddler speech program. They do testing and provide free therapy.

My son is 13 months as well and doesn’t say anything but dada but has been walking since he was 8 and 1/2 months. Every child develop at different paces

If she’s had vaccines recently she may be regressing