My 3-YO Is Obsessed with Gaston from 'Beauty and the Beast': Should I Be Worried? 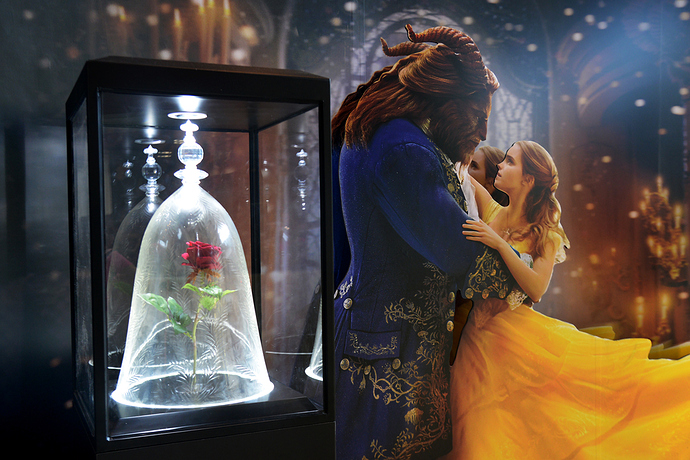 "My three-year-old daughter is super in love and obsessed with Gaston. She loves him in the movie, is GOOGOO over any storybook with pictures of him, dressed as him for Halloween, and even met him at a character meet and greet in which she was so infatuated by him so much she couldn’t talk or make eye contact with him but weeks later still talks about it 24 7 as if it was love at first sight when they met.

She has his Barbie and took it to show and tell at school. Now my question here is, why is a three-year-old obsessed with a bad boy villain? She clearly knows he is a villain and town bully, but she vows to marry him one day.

We let her play and make it clear that he is vain, selfish, jealous, and in no way a good personality fit for marriage, but is it time to crush her hopes and dreams of being with this fantasy hot mess, or do we just make it clear he is a villain and let her outgrow these feelings for him on her own?"

RELATED QUESTION: What age would you allow your daughter to dye her hair? 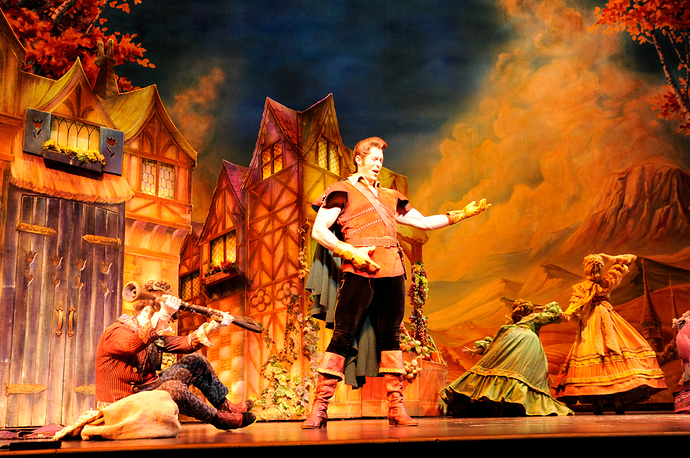 “Honestly she’s 3. Give her a year and she’ll be obsessed with something new.”

“My 3-year-old daughter is convinced she is going to marry Aqua Man… not if I get there first, sis!”

“My sister literally thought she was a dog until she was 5…my 4-year-old has spent the past year saying the Octonauts and PJ mask characters are her best friends…she “plays” with them all the time. She knows they aren’t real. Just be glad your kid has an imagination in today’s world.”

“Ok, so she’s three. She will have no recollection of this and will not require family counseling.”

“My 3 year old wants to be a dinosaur, she roars and stomps when she gets mad and says she’s going to eat us. She 3, she has an imagination, I don’t believe my kid is going to grow up wanting to be a dinosaur for the rest of her life. Let her be a kid.”

“She’s 3 years old! Calm down! Let her be a child for goodness sake. By saying he is all the mean things about him (which yes I know are true) could affect her and she may not be as open with you about what she likes when she gets older. Bless her, she’s only diddy, let her be a child and enjoy what she likes. I loved Gaston as a kid, a lot of girls do but we grow out of it. She’s too young to know what to like specifically in a man…she just loves him because he is her favorite character.”

“I mean, it’s a fictional character. She will outgrow it. My 3-year-old is obsessed with the Hulk to the point his favorite color is green and he wants to grow up to be in SHIELD.”

“She’s exploring her interests. She’s 3. The way she perceives things is completely different from how you do. Villian to you, but maybe the star of the movie to her. Don’t worry, she’ll have a new obsession soon enough.”

“I wonder how much more emphasis you’re drawing to the situation by talking to her about it so much? Just let it be. It seems to be a trigger for you for some reason, but you don’t have to project that trigger onto your 3-year-old.”

“She is 3 let her be. She does understand the character flaws yet. He’s just super entertaining. She will outgrow it.”

Not trying to judge but… She’s three the way she perceives something versus what you perceive will be different. Just let it go…

SHES A. KID don’t make her grow up before she’s ready, let her enjoy things as a kid before shit gets real… like come on with everything going on in the world of rather my 3 yr old be obsessed with a character than be worried about what’s on the news

Honestly she’s 3. Give her a year and she’ll be obsessed with something new

Shes 3, she wont see him as a villain and even if she did is it really such an issue? Its not going to affect her in anyway.

She’s literally 3. Chill😂 it’s called she will grow out of it and be obsessed with something else. Also …I love the Joker…I have many kawaii cube plushies and figurines of him. Doesnt mean i love crime. Just like the character.

Ugh why is this an issue. He wouldn’t marry her anyway

he knows he is too good for a 3 year old.

Give it time she will outgrow it before u kno it

She’s 3. I am sure she will outgrow him.

This goes to show parents put wayyyyyy to much thought into toys and characters versus what small children do.

She’s 3, she’ll outgrow it. And even if she doesn’t why does it matter. He isn’t real…

She’s 3… You’re looking way to much into this 🤦

Hey when i was 3 i was OBSESSED with Johnny Bravo. That wasnt appropriate either lmao

She’s exploring her interests. She’s 3. The way she perceives things, is completely different from how you do. Villian to you, but maybe the star of the movie to her. Don’t worry, she’ll have a new obsession soon enough

i was in love with jesse james the bank robber, doesnt mean i want to go rob a bank anytime soon…shes 3…she will out grow it

She’ll be just fine. My daughter, who is now 16, had a thing for David Hasselhoff when she was 3 and 4

He did a cameo in The Spongebob Movie. We tease her about it now. Just let her imagination take her away! This age and innocence doesn’t last forever! Soon she’ll be a moody teenager and you’ll long for these days back! I know I do!

Who the hell is gaston ? And I’m sure she will grow up out of it