My Boyfriend and I Disagree with His Ex About How to Punish Their Daughter for Sneaking Out: Advice? 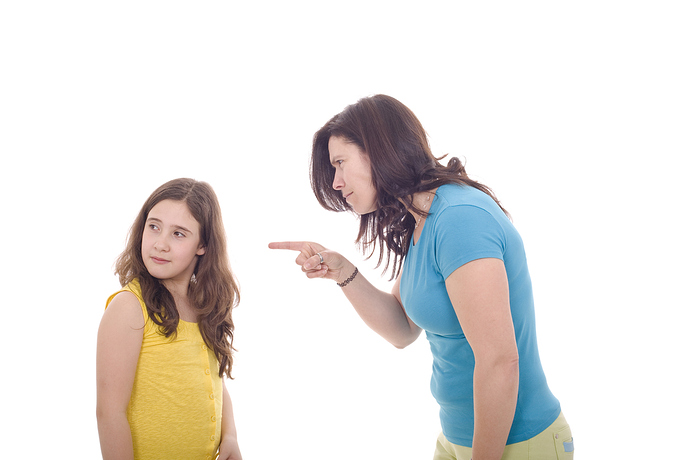 "My boyfriend’s daughter, who is 15, recently snuck out of the house, leaving us all to believe she was missing. Only to show back up at 7 am with two boys she barely knows. When she came back, she told a lie after lie about where she had been and what she had been doing all night.

Her mom is very lenient on her punishment, and my boyfriend is firm and told her she needed to quit her job, lose her phone, all of her privileges at his house (tv, going to any fun extracurriculars, computer unless it was for school, etc) and focus on school. Her mom disagrees with quitting the job and is only taking away her phone as long as she feels like it.

My boyfriend stipulated for six months or more for her punishment. Because her mom does not agree with all of his rules, his daughter has gone to stay with her mom for an extended amount of time because she is still allowed to work and has more freedom. How would you react? What do you think is an adequate punishment?"

RELATED QUESTION: What Is a Good Punishment for Teens Who Snuck Out? 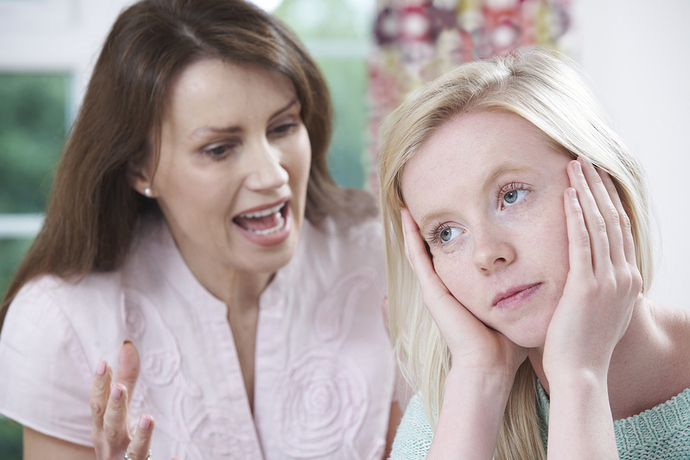 “Dad is too extreme. Mom isn’t doing enough. They need to meet in the middle.”

“Quitting her job isn’t a suitable punishment. Jobs are a responsibility. That’s ridiculous to ask of her. That’s like saying ‘you’re grounded, don’t go to school.’”

“Making her quit her job is weird to me. Usually, jobs require you to have some sort of responsibility and to me, that’s important.”

“I don’t agree with quitting her job and 6 months is super harsh… she’s a teen… they’re going to make mistakes… just my opinion.”

“Six months is too much, quitting her job is too much. And this is between them, stay out of it.”

“Making her quit her job is insane. I’d stay with my mom too. And I agree with mom here. Six months for sneaking out isn’t an okay punishment. She’s gonna learn nothing from being holed up for 6 months. After a month or two she will retaliate. She learns nothing at that point.”

“I think taking her job away is a bit much. She would be grounded from everything else and can go straight to school, work, and home.”

“I’m going to agree with the majority here and say having her quit her job doesn’t make much sense and the punishments are coming from a place of anger which will only cause her to rebel more which will only make things worse. She will be on her own in a few short years so having respectful and meaningful discussions about what curfews are appropriate and what behavior is and isn’t appropriate, and expectations that include her thoughts and input on them might work better? Kids are often more apt to comply when they feel they have helped set the rules or at least gotten some slack in the way of monitoring. I’m not saying let her be out at all hours of the night but you don’t want to have so much control over her that when you’ve lost responsibility for her she ends up going off the deep end and lacks good judgment and responsibility. Just my thoughts.”

“You’re JUST dad’s girlfriend. You don’t handle it at all. It’s between her parents. By the sounds of it, you’re probably part of the problem. You’re trying to interfere in her life as a parent when you’re not. She’s acting out because of it. Know your lane & gtfo of theirs.”

“She has a job, making her own money, make her pay her own phone bill or if she does already y’all can’t take that. She’s trying to grow up and do grown things, treat her like an adult, not a child. She probably lies because y’all still trying to treat her like a child when she’s trying to prove she is growing up. You’re just going to push her away instead of trying to understand why she’s trying to be grown. I’d go stay with the other parent too, y’all are doing too much. Trying to control every single thing she does like quit her job? That’s stupid! Take her phone for 6 months?? What happens if she gets stranded on the road? Sounds more like you are trying to control her more than her own parents… stay in the girlfriend’s place, you are not her parent!”

why ask her to quit her job? other privileges like taking away phone yeah.

I don’t think quitting her job should be part of the punishment . She will only find more trouble. The rest seems fair.

I don’t think making her quit her job is the answer. I’d make her still work, take the cell phone, if she wants another one then she needs to work for it amongst anything else she wants. Only let her leave for work

I think taking her job away is a bit much. She would be grounded from everything else and can go straight to school, work, and home.

Let her go to mom’s, it will eventually bite her in the ass when her daughter takes advantage of her not being more assertive in her punishments

Making her quit is job is weird to me. Usually, jobs require you to have some sort of responsibility and to me, that’s important.

All that is between mom and dad, if you’re not married you have zero say so in any of it.

Quitting her job isn’t a suitable punishment. Jobs are a responsibility. That’s ridiculous to ask of her. That’s like saying “you’re grounded, don’t go to school.”

She wants to act grown give her grown responsibilities?

Dad is too extreme. Mom isn’t doing enough. They need to meet in the middle

I wouldn’t have her quit her job that’s showing a bad work ethic, and she should have her phone at work just in case of an emergency just take texting and internet off of her service plan. If there is court ordered time for the dad he needs to enforce that she stays with him during that time she can’t just run away from the consequences of her actions

Quit her job unbeleivable and six months is very harsh no wonder she went to mums. Fair enough ground her for a week and you need to let dad deal with this stuff not you not your child

I am sorry but making her quit a job is way over board. She should keep the job and loose other privileges

Hope she stays at mom’s.

I don’t think she should have to quit her job. That’s not a punishment so much as over controlling.

Don’t quit her job, she should ONLY be allowed to be at WORK and SCHOOL then take away her paychecks and keep the for her. When she’s off punishment give her the paychecks and the phone