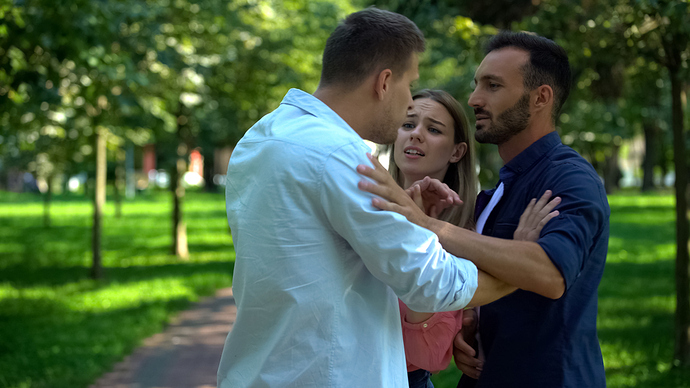 My ex told me I wasn’t allowed to bring any other man around my daughter: Advice?

Me and my ex-boyfriend have a 1-year-old together, and now that we’re not together (I left him), he says he doesn’t care if I move on (we haven’t been together in months), but he says no guy is going to be around our daughter…

I have her 95% of the time. How am I supposed to move on when he threatens and says, ‘have a guy around my daughter and see what happens’? I don’t think I’ll ever be able to move on because, basically, he won’t let me. Need advice! Thanks!

RELATED QUESTION: My Ex Is Constantly Causing Drama and Trying to Make Me Jealous: What Should I Do? 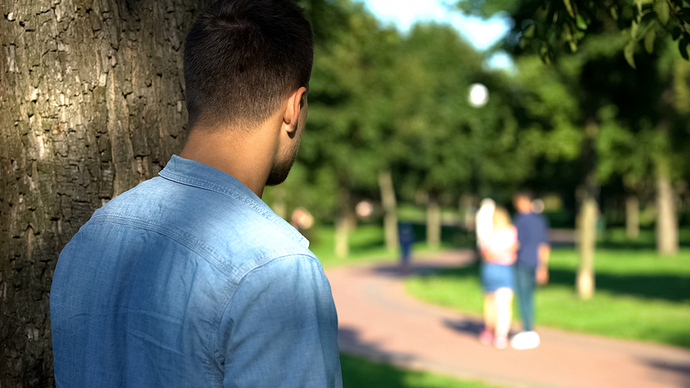 “None of his business. Until there is a court order that states this, there is nothing he can do about it. Obviously don’t have a bunch of men around, but if you meet someone and at some point feel it’s going somewhere and he’s going to meet your child that’s your decision.”

“Get a restraining order because he’s threatening you and then do whatever you want because you’re a grown woman and being an ex means he no longer get a say in your life.”

“While I don’t think he should give any say so, it is wise to be cautious who you let come around your children. I think your ex is more scared someone will hurt her as oppose to being controlling. Maybe he can watch her while you go on a date. If not, then you will know it’s just not about her being safe. In that case, write everything down, that way when you go to court it will be well documented.”

“No man should be around your child until its serious anyway. You don’t just take your daughter around any man you date. Why would you even want to??? Stop worrying about finding a man and worry about what’s best for your child.”

“The number of people justifying his threat is concerning. Unless she has given him a real reason to be concerned, he has no business telling her what she can and can’t do whether he likes it or not. A child isn’t an object for control…”

“You are communicating too much. Your conversations should almost be like a professional setting and do not need to be extensive. He still has control over you and he is trying to not lose that. You don’t realize how much freedom you have now. Make Your conversations through text only.”

“He’s your ex-boyfriend; it’s not like you have a separation order that says you can’t have a guy around your kid. That being said, I would wait till you are in a serious committed relationship to introduce your child.”

“Not his decision. I’ve been a single mom since I’ve been pregnant. My son is 3 now. I have made the mistake of introducing a guy too early and the relationship not work out. I suggest either finding a sitter if you would like to go out on dates or have your date go to your house after your daughter is in bed asleep. Don’t introduce anyone to your child unless you are confident the relationship is serious and going somewhere… I suggest waiting at least 6 months. It’s easier to just introduce them right away but try to wait until you find the right relationship.”

I think u shouldn’t have men around your daughter unless its serious. I don’t blame him.

He is a control freak…move on

Tell your x to pack sand. Where does he get the right to deside anything for u. Isnt he the ex

I never had men around my daughter when I dated. I always took her to the sitter and went on dates. She didn’t meet my now husband until we had been dating for 6 months and I did a background check. I strongly advise not having men around your baby she can’t talk or defend herself

Um last time I checked he’s not your boss. And yeah don’t bring every dude you fuck around but if it’s a serious thing then of course he’s gonna meet your kid eventually.

Report the threat to police

He can do shit. U have a right to your own life.

It’s about control. You’re ex is trying to control you with your daughter. I would contact an attorney.

Dont just be bringing guys around at random. If ur talking/ in a relationship after 6mo to a yr then introduce the guy to ur daughter. Honestly if the ex is making threats gp to court and have a court order done so he can’t just take off with ur child out of spite.

So basically you will never date again?

He is power hungry show him he is not in control

Tell him to fuck off and you do you!! He can’t control what you do with your life!! You are allowed to have kids and date

I wouldn’t bring every Tom,dick or Harry around but if you find someone you like enough it’s not a big deal!! And if he still has an issue save his messages and file yourself a restraining order

He needs to kick rocks! I do agree that you should be selective and not let just any man you’re dating be around your daughter. If you’re in a relationship that is progressing into something serious that is another story. He has no say who you let around your daughter.

Why is this even a question? Tell that dude to go fuck off. You can date who you want. Just don’t put men first and don’t bring shit men around. Make good choices.

He’s being immature and jealous. Regardless of how he feels, you two will have to learn to co parent together. As well as acting like adults around step parents. Go ahead, let him act an ass. Document everything. And when you go to court (DO NOT NEGLECT TO DO THIS!), tell the judge what he’s doing and show him your documentation. Don’t argue with your ex about it, tbh don’t tell him sh*t. Just sit back and pay attention. Play your cards right and you’ll be fine, I promise.

He is not allowed by law to have any say. It’s your home, nothing is his business.

This is where grandparents and babysitters and dads visitation times come in handy, while dating and trying to meet a new guy it is best not to have them around your children anyways until it gets serious, 6 months is a good starting point…and if by then you and child’s dad are getting along you can even introduce new guy to the dad. I respected my ex more when he introduced me to girlfriend before she was around my child.

Well you not gonna do a katie price so i say if man around after 6 months to a yr i dont see there a problem he cant control you through your daughter.