My Toddler Throws the Most Explosive Tantrums I've Ever Seen... Every. Single. Day: Advice? 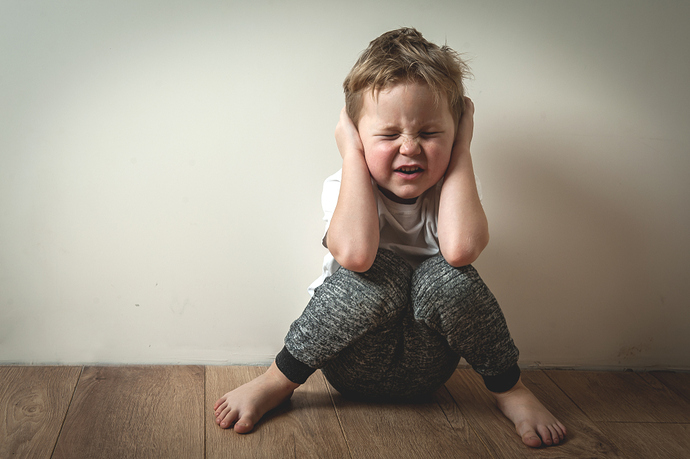 "My 20-month son has the most explosive tantrums I’ve ever seen. I’m not a first-time mother, but my youngest has the most ridiculous temper I’ve ever seen. Don’t get me wrong; he can be an absolute sweetheart cuddle-bug, but suddenly it’s like a switch flips, and the littlest thing sets him off.

He screams bloody murder, head butts, kicks, hits, scratches, and bites. He hurts himself, me, his older sister. Today he didn’t want his diaper on, and the simple act of putting his pants on and trying to keep them on set him off for 45 minutes.

Nothing that worked on my other kids is helping with him. I can’t soothe him. I can’t scold him. If I put him in his crib for time out, he climbs over or beats his head into the rails. At this point, I’m half expecting CPS to show up for a home visit.

I also have panic disorder, and these tantrums are extremely overwhelming for my senses, and I often find myself fighting off hyperventilation attacks. These tantrums are daily, and I’m absolutely beside myself on how to handle them.

Can any other moms who have dealt with extreme tantrums help guide me on how to navigate and discourage or soothe him when he’s like this? I know I’m not the perfect parent, so please, no comments about that. I just need to nip this in the bud effectively; I’m not looking for personal attacks and just trying my best. Thank you."

RELATED QUESTION: What Are The Best Ways to Handle Tantrums? 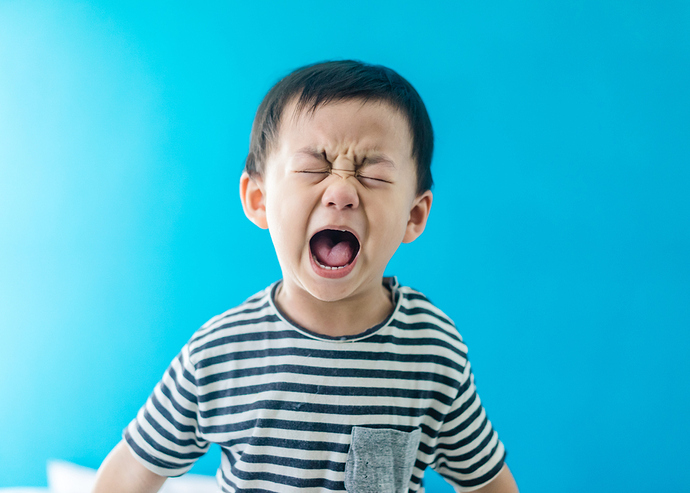 “I have a friend who’s daughter did this and she has a sensory processing disorder that doesn’t require medication- just counseling and adjustments to her kiddos everyday life. Maybe pants feel awful? I’d start there if it were me. Also, PLEASE don’t listen to people saying you have a mental illness so he must too. Mama, you are doing a wonderful job and asking for advice is a brave step!”

“My son is the exact same way. He’s 3 now but has been like this since he was about the same age as yours… his pediatrician suggested behavior therapy and that’s what we’ve been doing. So far it’s helping!”

“Get him to a doctor. Could be medical or a phase. Your job is to help find out what it is. You’re not doing anything wrong, anyone would be overwhelmed. Good luck!”

“May sound silly… But does he hear well? (any history of recurrent ear infections? ) how about his language… Verbal and nonverbal? (Can he express what he wants or doesn’t want?) Because sometimes tantrums are from frustration… inability to communicate verbal or nonverbal.”

“I have one boy just like this now age 11, was diagnosed with autism and interment explosive disorder(kinda like bipolar but can’t use that diagnosis on children). We would try to redirect at this age and music helped a lot. Any kind of music he loved it all.Along with running my hands through his hair. Still works to calm him down today.”

“Sounds like possible SPD/autism… reach out to his pediatrician and if they don’t listen find another one until you find one that will help you. Even if that isn’t what’s going on you need a behavioral specialist and some support. OT could help wonders but its a process to get started. Look into SPD support groups on FB. They will be a tremendous help for you!!”

“If you can figure out what the triggers are start there. If it’s diaper show him two diapers ask which one he’d like to wear. Same with pants. Helps him feel more in control of the situation. He might feel he’s being made to do this and that, especially with older siblings. I noticed with my youngest options helped a lot of unnecessary meltdowns. Also ignoring his tantrums can lessen the extreme of them. As hard as it is act like nothing is going on. The fact that you are reaching out for help means you care, you are a good mom. If we didn’t feel like we were failing at time we wouldn’t be doing it right! Also, bring it up with doctors on the next visit, they might give you other directions.”

“My oldest did it (he’s just fine now) and now my 20month old is doing it, I agree with cutting our food dyes and picking your battles. The only other thing that has worked is simply walking away from his tantrum and I don’t give him attention until he stops screaming, throwing things, and head butting the floor, me, whatever he can. I walk right past him like he’s not even there… tantrum’s used to last 45 mins now we’re down to 10-15 minute tantrums and I will say no and walk away and he gives up a lot quicker.”

“If you can try and hold him, it’ll help him calm down. Also let’s him know no matter how bad his day is momma always there. I know it will be rough on you trying to hold him and calm him at the same time. Just take a breath. It’ll work out. Nothing like the terrible 2’s coming on early. Bless your heart and his.”

Have you gotten him an evaluation with an ot. He might have sensory issues. Also seek an st in case his speech is interfering with commication.

My son did this exact thing! Turns out he has adhd, bipolar, ocd and odd. Maybe see about having him evaluated by a doctor to see what they think could be going on

First take all the red and yellow food dyes out of his diet They would set my boys off big time Pick your battles If you don’t have to leave the house let him run naked. I swear mine stayed naked for a year get a potty chair Also try pull on day time diapers If it’s an on going thing for clothes Some is normal tantrum 2s also try to work on communication maybe try some baby sign language. It is a frustrating age. Oh let him in his crib he can bang his head all he wants it’s not concrete

Perhaps he has a disorder too. Have him evaluated!! Why is this not common sense?

My oldest did it (he’s just fine now) and now my 20month old is doing it, I agree with cutting our food dyes and picking your battles. The only other thing that has worked is simply walking away from his tantrum and I don’t give him attention until he stops screaming, throwing things, and head butting the floor, me, whatever he can. I walk right past him like he’s not even there… tantrum’s used to last 45 mins now we’re down to 10-15 minute tantrums and I will say no and walk away and he gives up a lot quicker.

Maybe take him to get checked out if they are that bad and daily otherwise what works with my son is to sit him on the sofa and keep putting him back on it if he gets down ignoring him otherwise and tell him once’s he’s done and wants to talk we will. It’s stressful yes but it does help and works now when he has a melt down it only last a few minutes at most before he’s okay to talk and then gives hugs and runs off to play.

You ever watch Supernanny? I suggest it. I watch the new seasons every week lol

My 15 month old is the same

My son is 4 and he has some pretty bad tantrums. He doesn’t head butt the floor or wall or anything but will just get so worked up and he will hit and kick and cry. I have this mindful app I use for him and where he has to smooth this little thing out to calm him down and that will help calm my son down. We are working on emotions and have a chart and also has different ideas on getting him to calm down. I have an anxiety disorder and I’m afraid that he might too. He’s always attached to me and got really nervous before starting preschool. He picks his nails all the way down. He was a colicky baby. I’m going to be making him a calm corner where we can calm down and sort his emotions out. He’s tired after he has a tantrum and always needs hugs.

Mental illness is definitely hereditary. I agree with the others mentioning he should be evaluated.

I have one boy just like this now age 11, was diagnosis with autism and interment explosive disorder(kinda like bipolar but cant use that diagnosis on children). We would try to redirect at this age and music helped alot… Any kind of music he loved it all.Along with running my hands through his hair. Still works to calm him down today.

I would say with you having disorders to get him evaluated. Just to make sure

An evaluation sounds like a wonderful idea. If that turns out ok, you have a strong willed child. And my deepest sympathy, Lol!!! You must be firm but fair and don’t give in, or all is lost. Good luck

Put him in time out in a pack and play or crib in a sleep sack. He won’t be able to throw his leg over the side. That’s what I did with my two year old and now on occasion when I don’t put him in his sack for time outs, he doesn’t try to climb out any longer. Have a solid bedtime routine and doesn’t interfere negatively with sleeping.

My daughter did the same thing. She was diagnosed with adhd and autism. Her tantrums were out of control. I had no idea how to handle them. We wound up seeing a therapist. They were wonderful. If redirection doesn’t work and all of her needs were met she got set down in a space we filled with pillows and ignored her. Believe me it was so hard for a while. But slowly the tantrum would be less severe or last less time. She now goes to what she calls her quiet place to calm down when she is in sensory overload.