Questions about my child with ADHD 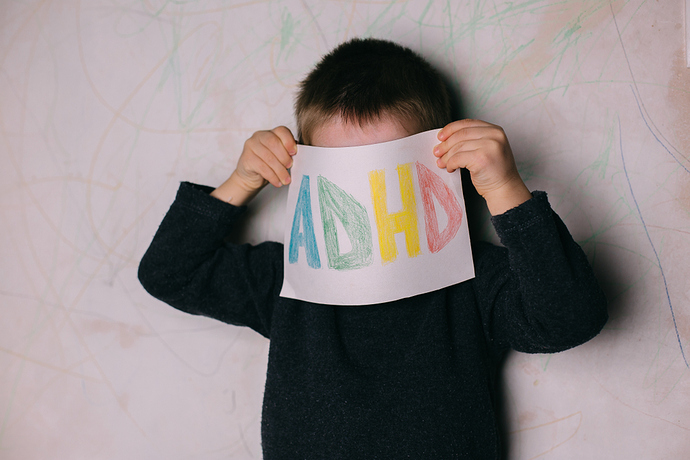 I have been married to my husband for about a year, and I have two school-aged kids from a previous relationship. One of them is ADHD, and although he is hyper, he is not malicious or destructive. He’s just attention needy and very goofy and loud. But sweet as a button. I found out right before marrying my husband that he has a bit of a dark side. Previous to him moving in, he was very calm and patient. After though everything changed. He believes that children do not understand respect, only fear (his words), and although he has never laid a hand on them (because I would take the eff off right then), he can not stop yelling. I mean, it’s all the time. He was yelling about the dumbest shit. It’s just ridiculous. He names call to me and tell me that I’m a pushover and don’t know how to parent and that he has to parent three children cause of it. Example being: kids at the table eating dinner if they talk AT ALL he yells and threatens to put them to bed. I say it is ok to talk as long as they’re eating and not goofing around. He freaks out and yells and gets mad every friggen time. He acts like this is a prison, and he’s the guard. He never ever says anything nice to the children. I’ve literally never heard h,im compliment either of my children. He’s not like this at all with other people’s children, which is what made this a huge shock to me when we moved in together. He puts on a face in front of others but humiliates me in front of them too by calling me names or making me out to be dumb, which my university degree will tell you I am not. I have felt shitty about myself for a long time because I was always very proud of myself as a mother, and now all I hear is him bringing me down. My self-esteem has taken its toll. I am also now four months pregnant and concerned about the future. How do I get this man to listen to me and realize that his constant yelling and negative attitude is seriously affecting our home life and overall happiness?

You better leave ASAP it will get worse with your kids

Unfortunately it wont get better, you’ve let him have this behavior for to long without falling through with convenience. Unfortunately you need to go be happy with your kids an leave him.

You don’t. And you shouldn’t have even married him. The moment he started his shit you should have put your foot down.

You are fine…he is the problem!!! Tell him to go

Talk to him and if he doesn’t fix it then asks to go to a marriage counselor or get out of there. My mom was married to a man like that and made my life miserable.

You can’t! He will never change! If you stay, your children will resent you for it for the rest of your life! Run! Run like hell and never look back! Make sure you document every abusive word so he gets supervised visitation only with this new baby!

Not trying to sound mean at all, you sound like a good mother to your kids, but why would you even consider marriage, if you knew he had a dark side BEFORE you married him?? Just because he hasn’t hurt you, or your children, doesn’t mean he won’t. Now that you are married to him, he may feel like it’s easier to let his dark side show, because it will be harder for you to leave. I know you love him, and the thought of leaving is scary, but isnt the thought of him hurting you, or your kids even more scary to you?

my Lover broke up with me last week i was so sad I changed completely, I wasn’t eating and i wasn’t talking to anybody, I cried a lot,I was so depressed and stressed out that I was scared I’m going to end up in the hospital because of all the stress and depression until one day i search online on getting love tips because I Love & care about him deeply and I just want us to be together as a couple again and I want us to last forever then i found a powerful spell caster Called Dr goko that he solved so many relationship problem then Dr goko told me he will come back to me between 24hrs after he cast spell on him never believe it until my lover called me on the phone and told me he want us to come back live happily together forever , Am so happy now that Dr goko help me bring my lover back to me. Thanks so much Dr goko he can also help you Email him at ([email protected] com)

You will not change unless HE wants you change. Sorry. But it’s 100% true.

Narcissist he will not change, only get worse. For your kids sake move on. Your kids will inherit this behavior. Do it for them. Do you want them to be the same to their kids and partner?

Leave! He will never change

I hate too say it but it will not change. After the baby it will get worse his child will be top priority. I’m sure its already taking its toll on your kids. He needs to leave and you already now that I’m heart do what’s right for your kids. Trust me it will be hard but you can get your happy life back. Good luck.

You knew he was a dick before you married him but you still put him above your kids and now you’re letting him mentally abuse him. You’re BOTH the problem. Find someone who can raise your kids because they have 2 unfit parents.

Leave him, this isn’t safe for any of you