Should I Believe This Call My Husband Got from Another Woman Was Accidental? 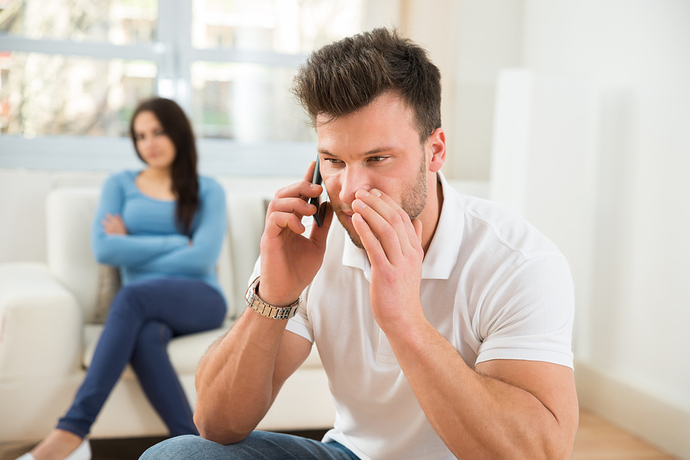 "My husband and I were watching a movie, and he gets a call on messenger from some chick a little after midnight.

He immediately blocks her and says he doesn’t know why she’s calling. I ask her, and she says it was a pocket dial.

We’ve been together five years, and it just doesn’t sound believable. Should I be worried about this?" 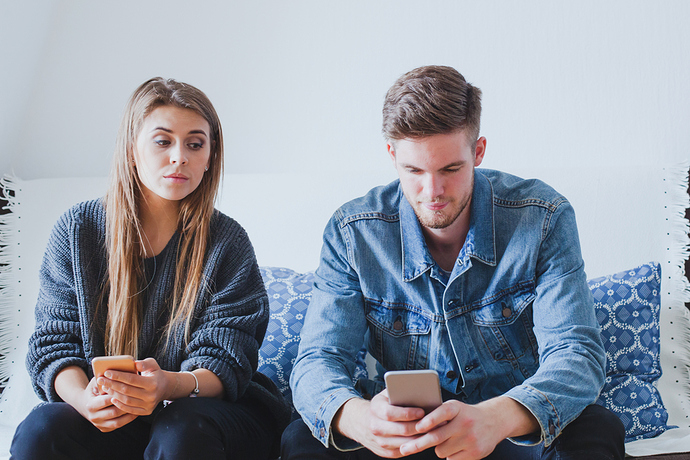 “Hard to pocket dial someone you don’t talk to. I only accidentally call people who I’ve recently messaged or called. Otherwise, it’d take a lot of accidental button pushing to get to a rando’s number.”

“I think his reaction to block her right away is what’s suspicious to me. You’d think he would be like ‘Who tf is this?’”

“How do u accidentally pocket dial someone on FB you don’t know? There’s no way she can call a stranger; they have had a conversation before maybe he even had her as a friend on FB too. He’s lying to you hun so sorry!!!”

“If it was completely innocent, why would he immediately block her, that’s my question.”

“I wouldn’t have thought anything of it… UNTIL HE INSTANTLY BLOCKED HER. Why is he blocking people if they called “by accident” I get “wrong number” calls all the time, I tell them it’s a wrong number and we never hear from each other again. Trust yourself, you know the truth. You can feel it in your gut it may just take some time to understand and believe it because you love him… Honest, trustworthy partners don’t have things to hide and his reaction says he’s hiding a lot.”

“People who have nothing to hide, hide nothing. He wouldn’t have blocked her if it was innocent.”

“Ya, so devil’s advocate here. I’ve totally accidentally called someone on Facebook messenger when I didn’t mean to. Usually when I’m trying to navigate messenger or peeping someone’s profile just to see what they’re up to. I’m eternally curious and if an old classmate pops up somewhere I like to look at their profile to see what they’ve been up to.”

“Make a different profile with his name and message her pretending to be him, I would.”

“Have him unblock her and call her in front of you without announcing your presence and without any warning to him. Place on speaker and then have him ask how he knows her and listen for her reaction. That will tell you what you need to know.”

Just keep an eye out from now on

very suspicious if you ask me, also judging off of self experience

Well I can honestly say, I had my little girl call people from my msger one time. Like 15 people. So it really could have been accidental

Yes. How the hell do you pocket dial on messenger?

Wow that’s so bad definitely up to no good!

I’ve pocked dialed someone but they were the first one in my messages… I’d be snooping hard!

Could have been accidental but why did he immediately block her

Has he ever given you reason to question him? Strange behaviour, etc.? If not, then I’d be a bit more cautious just to be extra sure. But if he has, then obviously this is a red flag xx

I would have made him answer it!

I think his reaction to block her right away is whats suspicious to me. You’d think he would be like " Who tf is this"

I’ve accidentally called people on messenger multiple times. Unless he’s given you something else to make you think it’s suspicious I wouldn’t over think it.