Stepmom Advice: What Role Should I Be Playing in My Boyfriend's Son's Life? 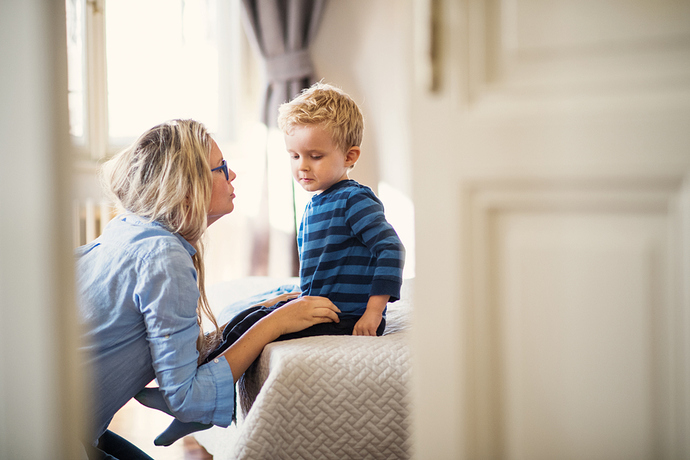 What role should I be playing with my boyfriend’s son?

Hello! I’m messaging as someone who isn’t a mom… but I sure feel like one! My boyfriend has full custody of his 1.5-year-old son and has basically since birth.

The mother sees him once a week for a few hours, and she leaves early most of the time or falls asleep. (It’s a supervised visit that her mother supervises.) The mother is, of course, on the side of my boyfriend and tells him everything…

I’m moving in, and it’s a big struggle trying to I guess, learn my place… in my eyes, that’s my kid, ya know? I’m the one that changes his diapers. Fixes his lunches… holds him when he cries, gives him baths, and reads him stories.

I almost feel guilty, like I shouldn’t love him so much… I kind of feel alone. He’s started crying much more recently when we leave the room for even a second. Any advice is greatly appreciated! Thank you so much."

RELATED QUESTION: Should I Stay in the Lives of My Stepkids After We Divorce? 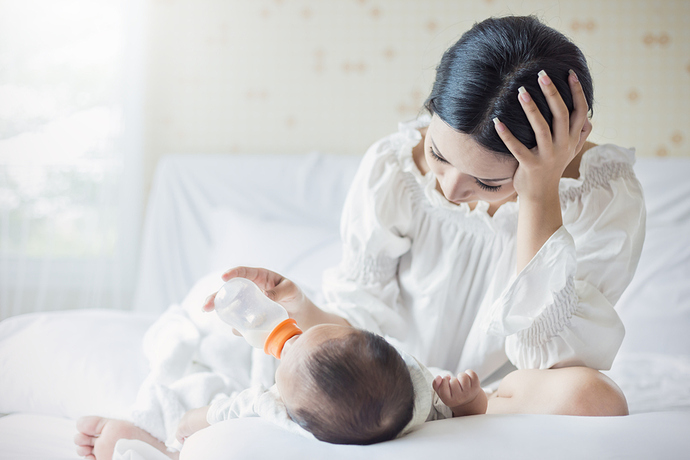 “He’s still your child. My kids have a stepmom. I however have custody of them. So kind of a different situation. But nonetheless, she’s very much in their lives. Even they’re at their dad’s house, she’s the mom figure. She loves them just like they’re her own children. Which means, I feel perfectly safe knowing if their father isn’t there, they’ll be completely safe and taken well care of. Because she treats then like her own. Her place? Is being their stepmom. Even if they’re not legally married, that’s what she is. My oldest has cancer, and she’ll contact me herself to check up on him and see how he’s doing. And when she comes by to pick my youngest up, she’ll come in and see him too. Instead of just going through my ex. She’ll ask me directly about him. I love that they have so many people that love them. And they’ll proudly state they have 4 parents. 2 moms and 2 dads lol when they’re dad’s been out of town working, she’s taken them for a night still. Or come over to my place with her son and their daughter to visit them. Your place is in that little boy’s heart. Doesn’t mean to take his mom’s place. But be his second mom. Because he doesn’t wanna be around. That isn’t on you. All you can do is show him the love and care he so much deserves.”

“Keeping loving that baby… You already know the answer. It’s ok to be his mom just respect his birth mother also.”

“You play whatever role you, your boyfriend, and that baby are comfortable with. A child can NEVER have too many people loving them.”

“Sounds like you know your place. As long as the child is happy healthy and cared for I don’t see what the issue is. Your boyfriend is obviously okay and grateful for you stepping into that motherly role, giving his son that love he needs. Good for you for stepping in and being that mom figure for the child.”

“I was in the same situation but we got married pretty quickly. I guess it depends what his intentions are but yeah, definitely figure that out before moving in. Becoming a stepmom to my stepson was one of the best things in my life!”

“Be his parent but also don’t put his biological mother down and encourage the relationship as much as possible for his sake, not hers. Only because kids grow up and can see themselves negatively if what they see as half of them is (bad). Other than that, love him and care for him as a mother would.”

“Love him as you are. Let yourself feel that love. I had a true love from a stepfather and it was the best thing ever. If no one is stopping you from loving the child, I’d say do it.”

“Do not feel guilty. That child deserves all the love he is receiving from you. I raised a child that was not my own since she was 2, her father has full custody, and her father and I separated when she was 8. She is still my daughter as much as my own biological children are mine.”

Keeping loving that baby… You already know the answer. It’s ok to be his mom just respect his birth mother also.

Sounds like you know your place. As long as the child is happy healthy and cared for I don’t see what the issue is. Your boyfriend is obviously okay and grateful for you stepping into that motherly role, giving his son that love he needs. Good for you for stepping in and being that mom figure for the child.

You play whatever role you, your boyfriend and that baby is comfortable with. A child can NEVER have too many people loving them.

Be his parent but also don’t put his biological mother down and encourage the relationship as much as possible for his sake, not hers. Only because kids grow up and can see themselves negatively if what they see as half of them is (bad)
Other than that, love him and care for him like a mother would.

Act like you are. Don’t feel guilty for loving him. My husband came into my daughters life at 14 months. She affectionately calls him stinky and has since she could say it. Shes 9 now. I dont recommend you have him call you mom maybe a nick name or something. Don’t ever feel bad for giving him the love he deserves though you are a very important part of this babies life <3

Just keep loving the kid like he’s yours! That is basically your child. She may not always want to visit so just be there for him!

Love the baby while understanding he will never be yours. You’re daddy’s live in girlfriend and as such you should take goid care if him and stay out of daddy and mommy’s business.

Keep doing what your doing. Love him like he’s your own but respect his birth mom and live life yo the fullest.

Dont ever feel guilty loving a child feel proud that you can your a special person babies go through different stages and hes trying to see what he can and cant do by crying whether you pick him up and cuddle him or if you let him cry ,he knows you will pick him up lol so he cries until you do ,i hope your relation ship with your boyfriend is strong because getting over a man hurts but losing a child would break your heart , i hope you have a good life raising that little boy and one day have more babies you are already a good mum

Im afraid youre going to end up getting hurt. You love that baby and do for him. I think you should be married if you want this family or move on. I wouldnt feel secure. Good luck.

You love that baby like your own if your heart is telling you to! My dad is my “stepdad” and came into my life when I was 2. I’m so so grateful to have him as a father figure as mine never showed up. You sound like a wonderful mom! It takes someone with an extra big heart to love someone who’s not biologically theirs like their own

Dont put a label on it girl, just love that baby like you are and let your partner know you’re all in (he probably knows that already though)

Talk to your boyfriend about it. If you feel like mom and you act like mom, then there isn’t any reason you can’t be a mother figure role. You’re potentially going to be a step mom to this child. If you and boyfriend are comfortable with it, then you could be that role now.

As a bio mom and having been a step mom, I know navigating those waters are tricky… however, this doesn’t sound like it’s gonna be a typical step parent kinda roll…
if your boyfriend and his son are comfortable with you jumping in and being mama, don’t feel one bit of guilt. If anyone should, it’s his mother.
Keep doing what you’re doing!

My mom married my step dad when I was almost 2 and I’m 39 now. My step dad raised me and never treated me like a step child and I called him dad after all he was my dad. Just because he wasn’t my blood don’t make him any less of my dad. My point is I’m forever grateful for him coming into my life and not only raising me as his own but loving me as well. I was never referred to as his step daughter. So continue to do what you are doing with loving that little boy. When he is older he will forever be great full . Your love will make a difference.