Surprise! I'm Pregnant... And I Don't Know Who the Father Is: Advice? 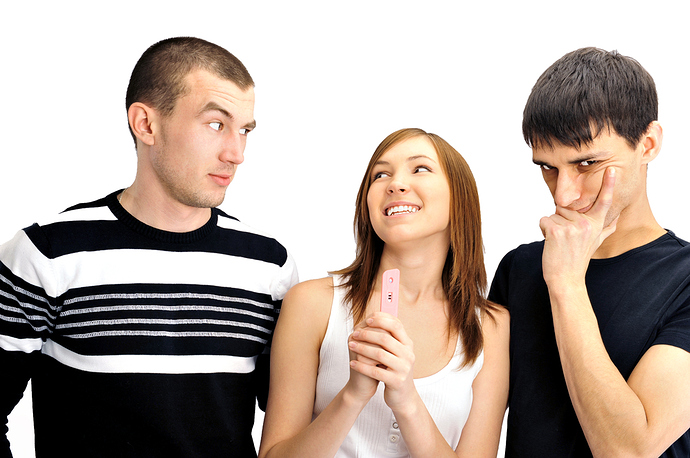 I was on Mirena. It got moved, and I didn’t realize it. Now I’m pregnant, not sure who the dad is. (It’s between my kid’s dad — we’ve been apart over a year just hooked up after he got out of jail — and a coworker.)

I’m terrified, not sure if I should tell either, or just say IDK who the dad is and leave it at that??? Help!!"

RELATED QUESTION: Can he legally order a paternity test? 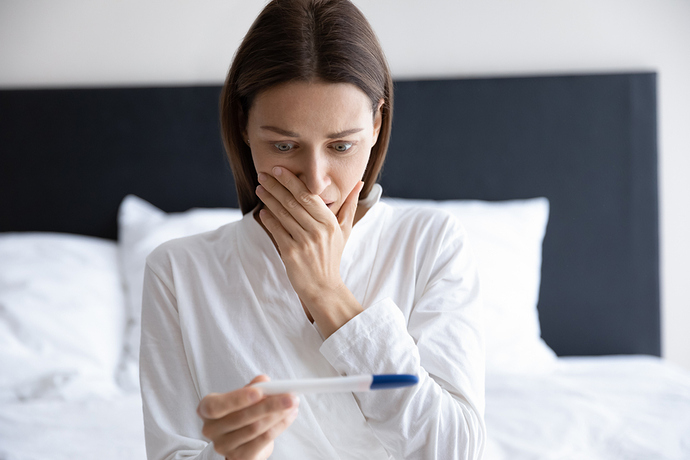 “Been there. Be honest. Tell them both. Do DNA when the baby is born. Nobody can fault you for being honest.”

“I also went through not knowing and told both it was a possibility. My husband (then boyfriend on and off) decided he was going to be a dad to him either way, while the other possibility decided he wanted nothing to do with him either way. We eventually did a DNA test at 2 years and he is biologically (my husbands) but we weren’t 100% til then. Just like we have choices so do they, but make sure they both know so they can decide what they want. Hope everything turns out well!!! And congratulations!!!”

“Tell em both. You’re grown and so are they!”

“Be straight up with both of them. It’s an honest mistake! Plenty of people have sex with multiple people in a short period when they are single it’s totally not something to be ashamed of!”

“Be honest and tell both of them… No judgment… but just because you’re on birth control you still have to take precautions with whom you have sex with… You could have contracted a sti or something… You wanna sleep around… Go right on ahead lol but just take care of yourself and protect yourself from everything.”

“Be honest from the start. It’s scary but it’s honestly the easiest way to go for everyone.”

“I think you can do DNA testing through your blood test at 10 weeks, so it’s completely safe for the baby. I would say test it compared to one of your kid’s DNA to see if they are related. then tell the other person once you have the results.”

“I’ve never been in this situation but I see no reason to be ashamed. Just be honest with them both & take a paternity test after the baby is born. Hugs & prayers, mama.”

“I’d be honest about it. It’s not your fault, you used BC it just happened to fail.”

“No matter what enjoy your pregnancy! I went through this. Was honest and open, they did a test and I ended up being right anyways but we made sure! Just don’t let anyone ruin it for you with the opinions!”

Honey just be honest let them know its a possibility and then do a DNA test when the baby is born. They may or may not surprise you by understanding. This happened to me once. It doesn’t make you a bad person. In my own situation the 1 that was the most understanding and stood by my child’s side ended up being the 1 that was 99.998% the father. Good luck to you.

Don’t be ashamed. You’re an adult, you’re single and it’s your choice who you sleep with. It’s not unusual to sleep with 2 people close together, a lot of people just don’t admit it. I know you didn’t say if you’re keeping the baby or not, but if you choose not to I hope you know that’s okay, we don’t know your situation and no one should judge you for that. You were using contraception and unfortunately it failed. Definitely get a DNA test done either now or when baby is born. Either way, congratulations

Being honest with them is the best thing. That way no one can cause any issues later by saying “they didn’t know” or “you didn’t tell me.” And you should definitely not be embarrassed. You had birth control, you were trying to keep yourself safe.

Be honest. Whoever the dad is deserves to know. plain and simple. It might be emotionally tough, you are ashamed, ok… but don’t leave it at that. Make an effort to find out who the dad is and make it work. It happened, you can’t change that… Now this is where you are.

It’s not like you cheated. Yes a bit embarrassing, but none the less yiu can’t let your feelings deny a child a father or a father a child. That would be selfish and that goes out the window after you have children. Talk to them both so they know upfront. Yiubsaud one was a coworker and another fwther of your kids? So do you plan on never seeing them? They will see you pregnant.aso in long run you will want to know too.

Been there, things happen. Just tell them both this what happened and once your able to get DNA done you will let them know. I was dating two guys that worked for me different times (so bad) but was so confused emotionally. Got pregnant during going back to my sons daddy. DNA and done.

Do DNA & let the one you like the least. If he isn’t the dad then you will know. Just logic. Good luck …

Don’t be ashamed… ever seen The Maury Show.??? He is never lacking participants. More common than you think. Just be honest and have them take a paternity test once baby is born. Good luck.

Number 1, don’t be ashamed. Number 2, I think you should be honest. It is going to hurt someone when if it comes out the other is the father

Sweetheart there is nothing to be embarrassed about having more than 1 sexual partner. The best thing you can do for you and your child though is to sit down and be up front with all parties. Let them know that you will be requesting DNA testing from both of them and give them the opportunity to be a part of this child’s life.

Don’t be ashamed accidents happen own it a baby is a blessing. But be honest give the dads a heads up so they can be prepared tell them straight out what happened and wait till you can found out who it is. But always be honest and straight forward then it falls on them but don’t hide it then you look guilty and will be in the wrong.

Personally… I would pick the guy with the job - unless the guy who just got out of jail is an amazing father who has always taken care of your child you had with him. But that’s just me

I’d just be honest with both of them. Tell them you’re pregnant and it could be either of theirs. Give them both the opportunity to go to doctor appointments, or neither if you would prefer to go alone. Just be honest and up front and offer equal opportunities to be involved. It will get all cleared up in less than a year. I wish you the best of luck!

Being honest to them both shows what an honest person you are. If your keeping and raising this baby then he or she will need a daddy.

Be honest. Don’t feel embarrassed. It says nothing bad about you. You’d be doing the right thing & best for your baby.

Be honest and get paternity test done. You were not in a relationship so it isn’t like you cheated etc…

That would have to be within a very short time span to have 2 possible fathers. There’s bound to be some shame. I would try to narrow it down more by using an ovulation app and entering the dates (last period, intimacy, etc) for it to configure a date of conception. If you were with both guys within days though, then you likely aren’t gonna be able to determine. Dna test after birth is the most common way. I would certainly not use any of the new technology like amneo risking the pregnancy just to find out early. They both need to know. It’s wrong to not make them aware of the situation.