Was I Too Harsh on My Teenage Son in This Situation? 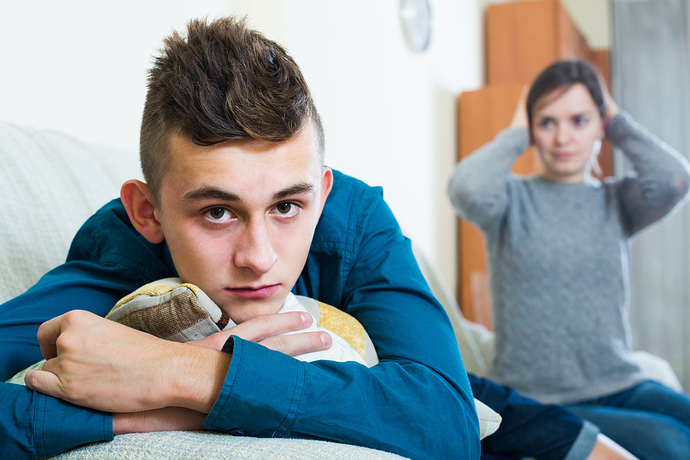 "I have a 17-year-old, amongst other children, and I’m at my wit’s end. I ask for a little help around the house: mainly, clean up after yourself, put bins out, pack dishes away, and mow the lawn every now and then (we take that in turns).

Well, he’s been doing work experience and believes he shouldn’t have to do anything around the house. I lost it yesterday when, for the umpteenth time since Wednesday, I told him to shower (4 days in hottish weather doing manual labor in the dirt, dust, and grease with no shower…). I told him I wasn’t taking him for a drive until he was clean.

Now I’m feeling extremely guilty. Have I been too harsh?"

RELATED QUESTION: My Boyfriend and I Disagree with His Ex About How to Punish Their Daughter for Sneaking Out: Advice? 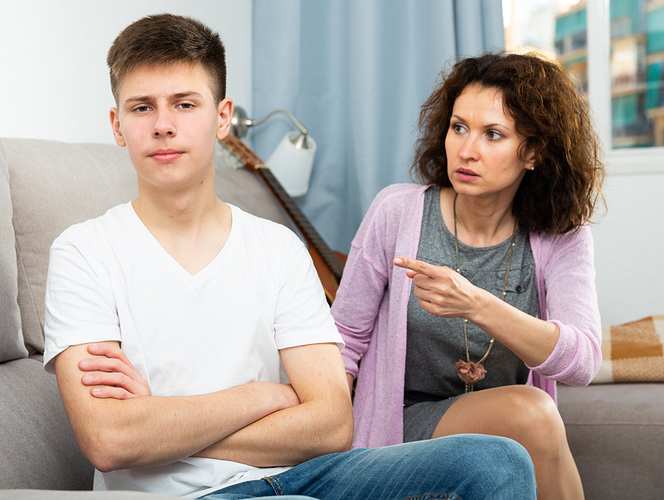 “You did good, but in my opinion, it’s your job as the parent to take on the responsibility of cooking, cleaning, making sure your kid is fed clothed, all that till t out of high school, doesn’t matter the age. I get trying to discipline the child and trying to get him to help around the house. But I really sure when parents throw that they feed the kids, buy them clothes, ext in their child’s face… That’s your responsibility as a parent, not the child’s. I totally get the discipline and responsibility teachings. But as far as those being said, it’s your job, not theirs.”

“You did great! I’m not sure I would have been smart enough to take a walk before reacting and having that conversation.”

“My younger brother was just like him. He put my parents through hell. It’s your house your rules until he starts paying rent then that’s when he can have a say. As long as you provide his basic needs, everything else is a privilege. Make sure you stand your ground because as soon as he sees you’re a pushover he will take advantage. Parent guilt is the worst. Hang in there.”

“Don’t feel guilty. Others don’t realize how much a person does for them until it’s not done.”

“Nope. I work two jobs and at 14 and 15 depend on mine to do chores (vacuum, empty dishwasher, do your own laundry). I explained it’s my chore to get groceries and take them to school, so when they ignored chores last week I showed them what me ignoring my chores feels like. We depend on each other as a family team.”

“I think you handled this perfectly. He’s at the age where he needs a reality check if he isn’t helping around the house. He will likely be moving out in a few years and needs to realize what is required for that. Good job.”

“Nope! Excellent lesson to learn now. You don’t want to be out on his own or worse moved in with a partner and him having these thoughts. You are doing great Momma, keep it up.”

“Nope, I would have also canceled his phone service and changed the WiFi password as well. Maybe even give him a bill for electricity and groceries… He’s almost an adult and will learn real quick you not catering to him in no way is not taking care of him.”

“No, you didn’t overreact! He is 17 you shouldn’t have to tell him to shower. If he thinks he is grown & doesn’t need to help you, a dose of reality is what he needs!”

“No, I actually think you handled it well. You didn’t yell, you left to take a breather. And after a little while, he will see that he does need your help and he will apologize. Trust me, I was him when I was younger. Very stubborn but I would always come around because I needed my parents and they knew that.”

“That’s exactly what I would have said! He needs a reality check and to appreciate you more. Just make sure you don’t back down and he knows you mean business. Great job momma!”

I wish one of my kids would…lol

As for groceries and school yes you should. But for everything else he can do for himself.

You did the right thing

Don’t feel guilty. Others don’t realize how much a person does for them until it’s not done.

Hellllllll no you’re not being too harsh

Sometimes you have to be harsh for them to realise how much you actually do do for them. It doesn’t have to be permanent, once he realises and/or apologises you can agree on what you will do and what he will need to do for himself from now on. Having a 17 yr old do his own washing is not too much to ask for. Let him go smelly, he will realise when other people start commenting.

You did the right thing 💁

Dont feel guilty at all. He needs to understand all that you as his mother do for him and others on a daily basis. Sometimes they need to see the grass is not always greener and you need to be careful what you wish for you just might get it. Stay strong Mama.

Nope not harsh at all. Teens suuuck. I have 2 right now and its ridiculous. All I know is I thought I was the shit too at 17 and my mom put a stop to that real quick. Let him go without and see how long it lasts. You shouldn’t be doing an almost adults laundry and the chores he has to do are barely anything. At his age he should be almost self sufficient to be honest with you. We have 4 and even the 4 yr old cleans up after herself and helps out. I have a 14 and 15 yr old and they’ve been doing their own laundry for almost 2 yrs now. They do the dishes, take care of lawn work, trash, their rooms, unload and put away groceries, clean up after themselves, etc etc. Your son is spoiled.

Don’t feel guilty. He’s old enough to know he should be pulling his weight. Some people don’t realise how much is done for them untill it’s taken away. I would of said the same to any of mine being like it . Your just teaching him what life basics are at the end of the day x

YOU HAVE DONT NOTHING WRONG!!! Serves the little shit right for being a brat, I’d have also taken every single thing out of his room that he didnt pay for since you do nothing for him

Give it a few days. When he realizes how wrong he was, sit down with him and discuss just how much it takes to be an adult and take care of a family. Explain to him the expenses of having his own place and paying his own bills along with the responsibilities that come with being an adult.

Girl! I bet my kids would. Mine do chores ALL of them. From my 14 year old who has a job down to my two year old. And they best do it without complaining or else they loose everything. I’m talking only food they get is meals, no treats or ice cream or chips. They loose their internet, tv, game systems. They gonna pull their weight around the house.

My mother removed everything. Tv. Toilet paper. Soap. Everything from the house on me once

If her has a phone in your name, cancel it. Change your wifi pw and do not give it to him.

Not to harsh at all. You did the right thing!