This is a guest post by Samantha Gutstadt, an actress, writer and co-founder of Don’t Call Me Mommy, a comedy content studio.

Time. It’s a thief and a healer. And we have a very complicated relationship.

Before I became a mother, time held a very different meaning for me. In high school and college, with time came privilege and responsibilities, like my first boyfriend, my first apartment downtown, my first real job. Time eased by slowly, I didn’t notice the years ticking by as I got married, moved to a new city and country and launched a career in LA.

When my first son was born, time seemed to stop for a moment. I can still see those first few weeks as a mother like polaroid pictures, moments I can never get back, but that will be with me forever. The first time he latched on, our first late-night feed, the endless skin to skin cuddles and his deep big brown eyes fixed on my tired green ones, a love I can’t describe.

Time then became cruel and unfair, barreling me forward, quicker than I would have wished. Another baby came, just as perfect, and my two boys continued to flourish and grow. We moved, twice. We bought our first house. My boys graduated from pre-school and their fine baby hair turned into thick surfer waves. Like a flipbook going too fast, each moment gone too soon, baby clothes and gear packed away, as if having their quick cameo before being forgotten.

YOU MAY ALSO LIKE: How Losing My Mother Ruined Motherhood For Me

I struggle daily. I want to bottle each moment with my kids, they are now 5 and 7 and the last little bits of baby are shedding away. My 7-year-old will say something like, “That’s lame!” and I can see him as a teenager, those years not so far away anymore. My 5-year-old will resist a hug, and I wonder how many more unsolicited cuddles I have left.

At the same time, I love what time has given us. My babies have grown into boys. They can ride a bike, hit a tennis ball, and stand up on a surfboard. They know right from wrong, they have empathy, kindness and my 7-year-old is better at math than I am. That’s the gift of time.

Sometimes, the years get meshed together, and I don’t know where one year began and another ended.

I am working hard on my relationship with time. It has healed deep wounds and absolved harsh truths. For that, I appreciate its passage. It has moved at a pace far too swift for my liking and has propelled me forward, like a mother pushing a shy kid onstage unwillingly.

As I tuck in my two boys each night, I take a moment. I kiss them gently and stroke their soft tiny backs. One day, these two boys will be men. They’ll surpass me in height (and math skills) and these nights will be fleeting. I ignore my overloaded inbox and Netflix shows that await me and slow downtime. I read an extra book, tell another story and ask another question. I hold my kiss a few seconds too long, breathing in the last bits of “little boy” and thank time for this opportunity. Because time isn’t promised, and it’s been kind to me. 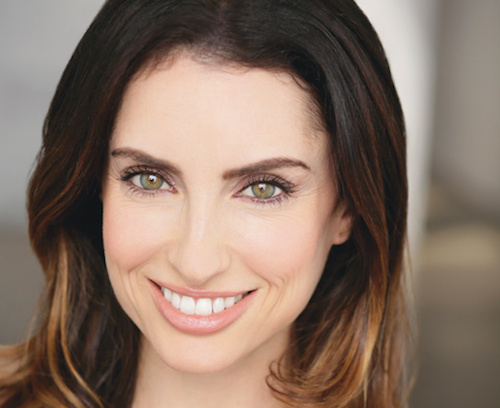 Samantha Gutstadt is an actress, writer, and co-founder of Don’t Call Me Mommy, a comedy content studio. She is a regular contributor to parents.com and has a column in Romper called Everything is Embarrassing. She co-created the hit show Sh*t No One Told You on mom.com. Samantha lives in LA with her husband, dog, and two little boys who inspire her daily. You can follow her on Instagram: @gutstadt @dontcallmemommy And subscribe to her site.