Kalee began breastfeeding her 16-month-old son while she and her daughter waited for the dentist to arrive. According to the lawsuit, Dr. Matthew Haehlen came in while she was breastfeeding. He left the patient room and shortly thereafter a female office manager came in to tell Kalee the dentist would not see her daughter if Kalee remained in the room.

YOU MAY ALSO LIKE: Mom Barred from Entering Ariana Grande Concert Because She Had a Breast Pump

Kalee assumed that they wanted her to leave because her daughter was getting a tooth pulled and the procedure required numbing gas. However, the office manager told her it was because she was breastfeeding.

Kalee did not want to leave her daughter by herself. She was later forced to leave the dentist’s office.

“I’m really curious which would be more distracting: a screaming baby or a nursing baby?” she told The Oregonian. “I would think a screaming baby, rather than a baby who nurses for comfort.”

Kalee is suing the dental practice for violating Oregon law which allows people to breastfeed in public, as well as for discrimination based on her sex.

Kalee told KGW News, “Us moms have enough anxiety going out with our toddlers anywhere, so the fact that we have to worry about whether we have to feed them without dirty looks, without shame, without all the negative connotations that come with it — it’s really just mind-boggling to me that we even deal with this in this day and age.” 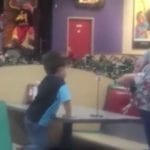 After No One Shows Up For 4-Year-Old’s Birthday Party, Chuck E. Cheese Employees Give Him a Special Surprise 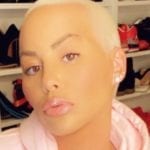 Model Amber Rose Says Liposuction Is Just a Head Start, Says She Still Has to Work Hard in the Gym 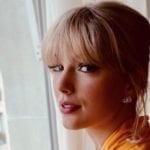 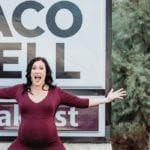 Expectant Mom Dazzles in Her Taco Bell-Themed Maternity Shoot, Now Thousands of Other Moms Want to Be Her Best Friend 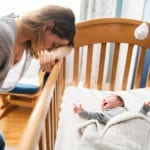 My Two-Month-Old Daughter Won’t Stay Asleep, and I’ve Tried Everything: An Expert Weighs In with Advice