The case of missing, and later found, California mom Sherri Papini has become one of the most well-known missing person cases of the last decade. And to this day, it remains open, and her alleged abductors have never been found.

RELATED: 8-Year-Old Chance Blue Praised for His Bravery After Saving Himself and His Older Sister from a Terrifying Attempted Kidnapping

On November 2, 2016, Sherri Papini went for a jog in Moutain Gate, California and mysteriously vanished. According to the LA Times, it was when her husband came home from work, and discovered that Papini hadn’t picked their kids up from daycare, that he reported her missing.

For 22 days, her loved ones and people all around the world wondered where the then 34-year-old could have gone. Then on November 24, Thanksgiving Day 2016, a weak and battered Papini flagged down an unsuspecting driver driving down Interstate 5.

As the LA Times reports, the mom was discovered with “a quarter-inch-thick chain around her waist and hose clamps around her wrists.” Papini’s face was bruised, her nose broken, and she weighed just 87 pounds.

While being questioned by police, Papini claims that she was abducted and beaten by her captures. She also says they also branded her shoulder and cut her hair. And while the question remains, “Did she know her captures?” Papini said she never got a good look at them to say.

The mom said they always had their faces covered and she often had a bag placed over her head. However, Papini was able to gather that the people who took her were two women, who spoke Spanish.

She described one of the alleged women as having “long curly hair, pierced ears, thin eyebrows, and a thick accent.” The other older woman was said to have thick eyebrows and straight black hair with some gray.

Papini’s Husband Speaks Out Days After She Was Found

While Papini was missing, much of the focus was on her husband and the father of their child, Keith Papini. Roughly five days after his wife was found alive after she had been missing for three weeks, Keith made a public statement through Good Morning America.

“Thank you to the many incredible humans that have never known Sherri that facilitated in sharing our heartbreak across the globe. Sherri has always captured my heart, and it is no surprise that she has captured the hearts not only through the country but throughout the world.”

However, Papini’s harrowing story drew criticism. Many thought Papini’s story didn’t add up and that there was something she wasn’t saying. And during Keith’s statement, he also addressed the doubters and the rumors.

“Rumors, assumptions, lies, and hate have been both exhausting and disgusting. We are not going to allow those people to take away our spirit, love or rejoice in our girl found alive and home where she belongs. I understand people want the story, pictures, proof that this was not some sort of hoax, plan to gain money or some fabricated race war. I do not see a purpose in addressing each preposterous lie.”

Keith explained that he and his wife were reunited after she was admitted into a local hospital. Papini was allegedly thrown from the vehicle of her captures just before she was discovered on the side of the road. “My reaction was one of extreme happiness and overwhelming nausea as my eyes and hands scanned her body.”

He concluded, “We are a very private family [who] do not use social media outlets prior to this grotesque tragedy. My love for my wife took [precedence], and it was clear we had to be exposed in ways we never would have been comfortable with. So please have a heart and understand why we have asked for our privacy. This will be a long road of healing for everyone. Ultimately, it was Sherri’s will to survive that brought her home. Thank you.”

RELATED: Missing Teen Heaven Cox Has Been Home For 2 Months. Now Her Mom Says She Has Passed Away

Roughly a year after Papini was returned home, authorities released a recording of Keith’s initial 911 call to report his wife missing. Authorities also released a sketch of Papini’s alleged abductors using her general description of the women who reportedly took her.

Listen to the entire 911 call below:

And also below is the composite sketch of the two women released by the Shasta County Sheriff’s Office in 2017.

At the time, in a statement released by Shasta County Sheriff’s Sargent Brian Jackson, Jackson told the Record Searchlight that there was unknown DNA of a man and a woman found on the mom’s body after she was rescued from the side of the road.

The woman’s DNA was found on Papini’s body and the man’s was found on her clothes. However, the DNA or the sketches didn’t help investigators track down any potential suspects. The sheriff also revealed that there is video evidence of Papini running on Interstate 5 after she was freed, but that footage was never made public.

Jackson concluded that Papini and her husband have “been in ‘constant contact’ with the Shasta County Sheriff’s Office and FBI, but Sherri ‘has not been able to provide a complete detailed statement due to poor recollection.'”

Now, three years since Papini’s abduction, authorities are still unable to figure out why the mom was taken in the first place. And still, no one has been arrested or charged in this particular case.

RELATED: ‘Yay My Belly Is Back’: 20-Year-Old Mom Charged with Murdering Newborn and Burying the Body in Her Backyard Found Not Guilty

The mom would be 37 years old now. Captain Pat Kropholler told People that “the Sherri Papini kidnapping case remains an open and active investigation with the Shasta County Sheriff’s Office.”

Kropholler continued, “The FBI continues to assist the Sheriff’s Office in the investigation as it is both agencies’ goal to determine who is responsible for Sherri’s abduction.” A reward for $10,000 is available for any information leading to the identification of the suspects.

Authorities still believe there is no reason to doubt Papini’s account of what happened. It’s unclear how Papini and her family are coping today. 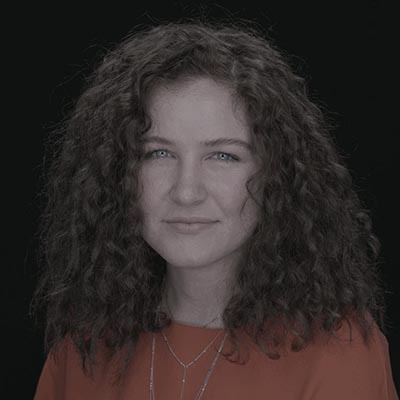 Sara Vallone has been a writer and editor for the last four and a half years. A graduate of Ohio University, she enjoys celebrity news, sports, and articles that enhance people’s lives.