I buy apples weekly this time of year and eat one just about every day. But with increased consumption of apples comes a bleak reality. A lot of them have this white fuzzy stuff in the middle:

Is that white fuzz inside of apples actually white mold?

YOU MAY ALSO LIKE: ‘You ARE Making a Difference’: Teacher Goes Viral After Sharing Grocery Haul for Hungry Student

Due to an unfortunate accident as a kid involving ice cream and a metal spoon, I can’t bite into apples, so I’m forced to slice them. This morning, as I was cutting up an apple before work, I saw it: the white fuzzy stuff.

I had sliced through the center of the apple to discover the core, and the little seed pockets had what looked like white mold.

I slid the cut apple to the edge of the cutting board, rinsed my knife, and grabbed another apple from the bunch. I cut it open. Again, white fuzzy stuff.

“What is going on?” I thought. “How can two apples picked from different spots in the stack have mold?” More importantly, I thought: “I’m starving! If I eat this, will it kill me?”

Desperate for an answer and breakfast, I had to look it up. What I found was that it isn’t actually molded. It’s part of the apple flesh.

According to the Penn State Extension, Kari A. Peter, assistant professor of tree fruit pathology at Pennsylvania State University, explained the “white fuzzy tufts” in an apple core are not fungal but are actually a part of the apple tissue.

The apples are “perfectly fine” and free of disease.

Furthermore, apples that actually have moldy cores where the seed cavity is filled with a blueish-white mold (as opposed to the little white “tufts”), the flesh of the apple is still edible as the mold is contained to the core. A moldy core is caused by mold spores entering the calyx of the apple and is affected by several environmental conditions.

Interesting to note is that Red Delicious, Golden Delicious, and Fuji apples are most prone to core mold; Granny Smith and Braeburn apples have smaller calyx openings and are less susceptible, according to the Penn State Extension.

If the mold from the core leeches into the apple flesh causing it to decay, that is known as core rot and something you probably wouldn’t want to eat.

So the next time you see the “white fuzzy tufts” inside an apple core, know that it’s just a part of the apple flesh. Now, if you’ll excuse me while I go grab the peanut butter. 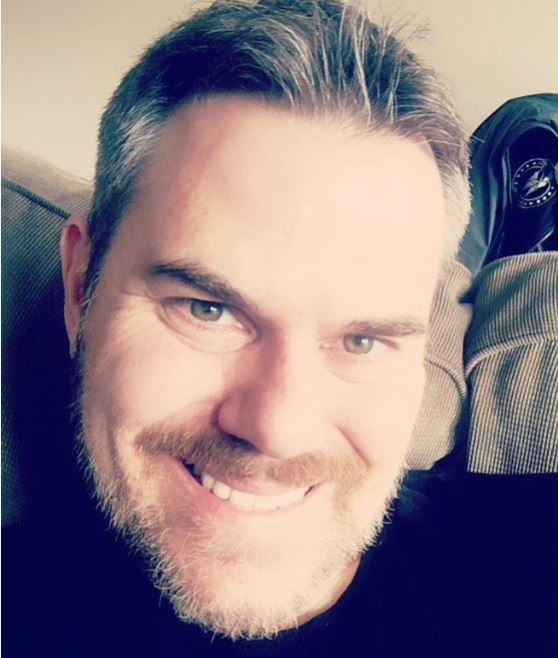 Scott is a social media and advertising veteran with a professional background in video games, design, production, video, graphics, writing and front-end development. He is the co-founder of Patchy Beard Games and resides in Portland, Oregon.