A woman, who starved and forced her stepson to live in a cubbyhole with no food, was found guilty of injury of a child by omission and was sentenced to 28 years in prison on Friday.

According to Daily Mail, Bradley Bleimeyer, the victim’s father, pleaded guilty to the same charge in 2016 and was sentenced to 15 years in prison.

YOU MAY ALSO LIKE:This St. Louis Mom-of-Six Gives Out Food to Hundreds of Needy Kids Every Day: ‘I Was Blessed Enough to Have a Little Spare Change’

The two brave siblings, who rescued their stepbrother, Jordan, in 2014 from what prosecutors called the “Harry Potter” cupboard, testified against their mother Tammi Bleimeyer, during the trial.

Allison,19, and Cody Frank, 21, revealed what it was like witnessing their mother and stepfather starve and abuse the little boy in their Texas home.

Cody, who is the eldest of seven kids, recalled his stepfather moving in his family’s home when he was around the age of 14. He brought his son, Jordan, in shortly after.

As The Sun reports, Cody noticed that Jordan was treated differently by his father than the rest of the children and that the abuse was only getting worse.

“He was pretty aggressive with Jordan. It was like he was trying to make Jordan suffer. At first I just thought that’s kind of weird but then slowly after time, it started getting worse…He would throw him around and throw him on the ground…I think abuse is one of those things that creeps up on you. At first it was hitting him on the back of the head and then it was the belt, then it was the denying food, and then putting him in the closet. With the food it started with taking one dinner off him and then it turned into dinner and the lunch and then eventually it turned into not eating at all.”

Further, Cody recalled hearing his stepfather use his Taser on Jordan and seeing the marks on his brother’s body.

Allison also recalled the progression of the abuse placed on her stepbrother.

“When they first started using food as a punishment they would allow him a dinner, but if it took him too long then they would take it away from him… When they first started putting him in the cupboard they left it unlocked and he would sneak out when they were sleeping and go to the pantry to get food. Now he was only three or four and he’s clumsy so stuff would fall and he’d make a mess. My mom would get so mad and she would punish him by putting him back in the closet, but they put a lock on it.”

Cody and Allison remember hearing Jordan’s cries from the closet and would sneak their little brother bread when their parents weren’t home.

Cody noted how small the dark cubby under the staircase was. The cold, small hole was accented with exposed nails and wires, pieces of wood, and insulation falling through its sides.

As The Sun reports, Bleimeyer verbally abused his son, as well. Allison remembers how he would tell Jordan to shut up when he was singing in the car because “he wasn’t a good singer and that nobody wanted to hear that.”

“I would try to stick up for him whenever I could, I turned around and started rubbing his arm and telling him I loved him and that he could sing if he wanted to, that he was a good singer and that I loved hearing him sing. That would make him happy. I tried to do what I could, but there was only so much I could do – I was a kid too.”

The siblings would try to speak to their parents about their abusive ways but were only punished themselves in return.

Despite threats of being separated and punished, Cody and Allison told friends, police officers, and school counselors about the abuse, but had no luck.

Cody remembers asking officers who had visited his home one day to come in and see the disturbance, but he was denied help because he didn’t own the home. He felt “helpless.”

In March of 2014, Cody claimed to have gotten in a huge argument with Bleimeyer before he angrily went and released Jordan from the cubby, but he was taken back by what he’d found.

“His face was all caved in, bruises all over, marks on him. His mouth was foaming. I have never in my life seen anything as bad as that. I kind of paused for a second and then I just freaked out.”

Cody placed his little brother, who was only wearing a diaper, in Allison’s care before confronting his parents about the situation. After a tussle with his stepfather, Cody contacted police.

“My mom had confiscated my phone, but I had a prepaid phone so I called the police but in the meantime my mom was packing all the kids up and getting everyone out.”

Police tracked a pregnant Tammi Bleimeyer to a hotel where she’d taken 5-year-old Jordan and her other children. Jordan’s father had fled the home prior to the officers’ arrival, but both of the parents were arrested later that day.

As BET reports, doctors who treated Jordan, who weighed only 29 pounds, compared his condition to a Holocaust survivor.

Following the arrest, Jordan and his seven stepbrothers and sisters were placed in emergency foster care.

Jordan is now 9-years-old and lives with his biological mom. He has fully recovered from his injuries.

According to The Sun, Allison, Cody, and their other siblings have all been adopted by other families and see each other frequently.

The children have not spoken with their mother since 2014.

Allison said, “I just hope she can really realize some of her faults in all of this and one day we can all make amends.” 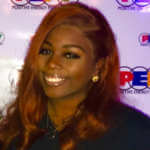 I am a journalist from the D(M)V, who is just trying to make every day count.