It was undeniable that my mom had a favorite story from my childhood. She called it, “THE POOP TRAIL.” Of course, she had a few other anecdotes dear to her heart, but as I lost Mom when I was 22, the only tale that left a lasting impression on me was the shocker.

Now, as a thirty-something-year-old mother, I’d love to learn about her pregnancies, birth stories, the challenges of being a single mother, and so much more. But I couldn’t have known I would miss out on the chance. So, Mom’s legacy remains: THE POOP TRAIL.

It began like any other day in our new condominium, I presume. On this, let’s say, dreary September morning (Mom was never one for minor details, so pardon me while I embellish), the three of us were sprawled out on our couch. My older brother Jesse and I were early risers, and as we had just begun sharing a bedroom for the first time, we were waking even earlier. After satiating us with some snacks and turning on the tube, Mom expected Jesse and I to settle in for a Saturday morning cartoon session, so she could take a hot shower.

I imagine she wasn’t gone long because as a parent I now know these two general rules to be universally true: 1) a child can move at either the speed of light or the speed of a snail, dependent entirely upon if you’re asking them to do something or not. And as Mom was in the shower, and no adult was applying any pressure to me whatsoever, I know I was working quickly. Also, rule number 2: parents never get long in the shower, especially when their kids are little. A single, working mother no less? She would have washed only the “essentials.”

So, when Mom came out of the shower, safe to assume no more than two and a half minutes later, I was nowhere to be found. Now, I’ve had those moments — those “HOLY S**T WHERE DID MY KID DISAPPEAR TO CPS IS GOING TO FIND ME WHAT HAVE I DONE” moments — and for me, those ‘moments’ have never lasted more than one minute and twenty-six seconds in total. (True story: the panic setting on my alarm can attest to this!)

But, I have had technology, my husband, and a guardian angel or two on my side. Mom, on the other hand, was a new divorcée with no help and no clothes on. Still wrapped in her towel, dripping with beads of water, her large, maternal breasts threatening to break free from our new, cheap towels, Mom would have started calling my name mildly.

I know this because when I lost my son for the first time (don’t judge, he’s wily) I first thought, “No, he’s not lost.” Denial is almost always the instant reaction. “Adam. Adam? Adam!” I called out optimistically, as if he would actually come on command. He did not (duh). Mom also had no luck, saw no sign of my tiny feet hiding behind a curtain, heard no telltale giggle from inside a closet. That’s when her fear set in, the same fear I tasted the day I learned my son could open an unlocked door and release himself into the wild.

At this point, Mom surely grabbed Jesse by the shoulders and shook him. “Where did your sister go?!” she would have growled. But Johnny Quest was on, and if my brother was anything like my zombie children, his head would have flopped back and forth, and his eyes would have stayed glued to the TV. Maaaaaybe an inaudible “I dunno,” or a lackadaisical shrug would escape. Otherwise, Mom was on her own.

“Amy! Aaaaaamy!” she would have screamed then. A frantic scan of our small space ensued. Maybe she tripped over her towel tail; she couldn’t be too nimble in such a state. And as she spun, gaining a full view of our new den and common area, Mom noticed our condo’s front door wide open. She launched herself towards the open portal and yelled her loudest, fiercest battle cry, “Heeeeeeeelll-“ but before she completed her S.O.S., a warmly punctuating squish between her bare toes cut it short.

She drew her foot up slowly, and on the floor, now entangled with our hideous (but also coincidentally brown 1980’s shag carpet), was a piece of poop. It was misshapen and— well, nevermind, I’ll spare you the details. But, what I will tell you is that, as any mother would know (I understand this now), Mom knew in a heartbeat that poop was mine. She grimaced, maybe even gagged, noticing an abandoned diaper a few feet ahead, just outside the threshold of our home. Several other pieces of poop lay before and after it. Mom stopped screaming, wiped her foot on the carpet (I mean, at this point, what did it matter?) and took off down the hallway half-naked.

It didn’t take her long to find me. I had left a trail of turds leading two flights and four doors down. Mom followed it to the door of a condo owned by an elderly woman. The woman would later tell Mom that she had opened her door after hearing a soft thumping sound, only to find a nude almost-two-year-old rhythmically wiping her butt on the dingy hallway carpet right outside 1A, sh**-eating grin plastered to my face.

Our brand new neighbors, thankfully, were relatively understanding (albeit totally grossed out). The building manager was not that forgiving, however. Mom was forced to pay a pretty price for the building’s sanitation. I’m not sure how related the two incidents were, but our stay there was cut very short, and it wasn’t long before we moved out of our condo and into a small home across the Valley.

Now, the reason I bring any of this very self-deprecating, disgusting talk up is to consider the most important lesson I ever drew from my mother: Things can only impact you as much as you allow them to. Because I’m not sure I could turn a story about losing my child and wading through poop into one of my favorites to tell.

In fact, it sounds like an absolute nightmare to me. Thus, life has to be less about what you go through, and more about the way you look at your experiences. So, the next time you feel like you’re having a truly crappy day of Momming, remember it could always be worse. You could have had to walk The Poop Trail, too. 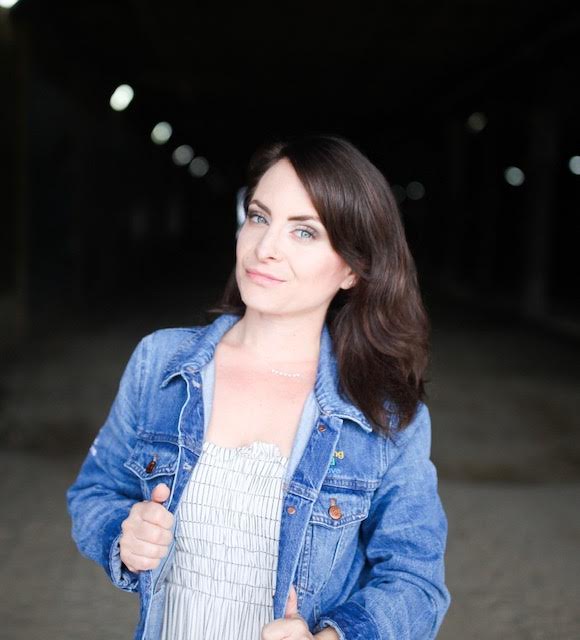 Amy Chesler is an author and blogger born, bred, and breeding in Los Angeles, California. Her content has appeared in six Chicken Soup for the Soul books and on several popular sites including Life of Mom, DVD Netflix, and more. She just celebrated the release of her first solo book and was awarded Voice of the Year at #BlogHer17. Amy is also amongst the talented pool of nominees for the 2019 Iris Awards.