A community member writes in asking if her boyfriend has a right to be mad at his sister-in-law for giving a ring away after she said she would give it back to him.

“About 7-8 years ago, my boyfriend gave his sister-in-law a ring he had for his old girlfriend because she liked it. This summer, the SIL was moving and brought up the ring my boyfriend let her have years ago and said she has never worn it and has no plans to, so if he wants it back he can sell it and at least get some money back from what he spent on it. So he said: “Thanks that would be great.”

So once they moved and unpacked everything my boyfriend asked about the ring, she replied that he couldn’t have it, she gave it to her sister. Question is, should he be upset, especially since she offered it back so he can get some money out of it? Or do nothing? Or ask his sister-in-law to get it back from her sister since she said she would give it back to him so he can sell it to get back some of the money he lost from it?”

To see what advice the Mamas Uncut Facebook community has for their fellow community member, read the comments of the post embedded below.

You May Also Like: This Dad Threatened to Stop Paying His Daughter’s Tuition After She Was Rude to His Girlfriend, and Now He Wants to Know if That Was Wrong

The community’s opinion is unanimous. Just to let it go and move on. It was obviously wrong but not worth making a big deal about. You can read some of the responses below.

“Let it go, as to not cause trouble, but don’t trust her again.”

“It’s hers to do with as she wishes. She changed her mind and found someone who would like it.“

“It was a gift at some point so whether she offered it back or not she can do whatever she wants with it. He didn’t lose anything because he bought it as a gift. I’m confused if they were at one point a couple because of the first sentence but if they were and still together he wouldn’t be selling it to get lost money so now shouldn’t be an issue. She probably mentioned to her sister she was giving it back and the sister said she wanted it so she gave it to her..no big deal. I would have done the same thing.”

“Legally, he doesn’t have a leg to stand on. He gifted it to her. She asked if he wanted it back yes, but that does not a contract make. She changed her mind & gave it to someone else. He can be irked about it but I wouldn’t dwell on it.“

“Yes, he can be mad because he was promised back. But that’s just a waste of time and energy because he gave it to her so she can do what she wants with it regardless of what she said. Sucks but sadly that’s the way the cookie crumbles.“

“It was dumb of her to offer it back but maybe her sister saw it during the move and really liked it. He can be annoyed but he needs to let it go. He gave it to her a long time ago.“

“I would definitely be frustrated and kind of confused about why you even offered it back to me if you were going to give it away, but he had pretty much forgotten about it so he shouldn’t dwell on it. But that was definitely stupid on her part.“

The best advice given, I think, is that yes, it was wrong, and yes, you can even be mad, but the best thing to do is to just move on. Nothing good ever comes from being angry. Keeping the peace is always the best especially with family members in a situation like this.

Do you have any advice for this mom? Leave a comment to help another mom out!

Over on the Mamas Uncut Facebook page, our robust community of moms is always having a conversation about topics that matter. We like to highlight those conversations from time to time. Important mom questions. Thoughtful mom answers.

Do you have a question you’d like answered? Submit it to the Mamas Uncut Facebook page, and we may feature it along with some of the best answers on this site! You can remain completely anonymous while still getting the information and support you need from other moms who know what it’s like. 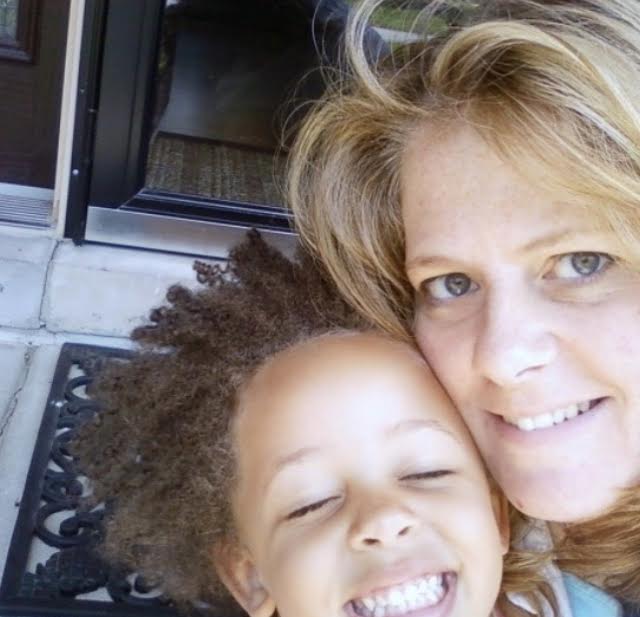 Dawn Onye is a Certified Lactation Counselor. With this certification comes education and her own experience helping mothers and babies with breastfeeding. With her CLC, she is required to keep herself up to date on the research studies, conferences, and training related to breastfeeding. She chose this field not just because she is an advocate for the benefits of breastfeeding, but because she sincerely loves working with mothers and babies. Her mission is not to push breastfeeding on all mothers and babies, but to help all mothers reach the goals they have and to provide the expertise for them to do so. The most important thing in life is to do what is best for your family without judgment from others.

Dawn is also a wife and a mother. She has four children ranging from 12 to 19 years old. She can help many families with tips and tricks she has learned along the way. She loves to read and write. Her favorite seasons are spring and fall, although she does enjoy summers while spending time with her family. There has been no greater accomplishment in life for her than being a mother.