Every once in a while, you open your video baby monitor app and it brings up a pretty shocking image. Your baby with white, glowing eyes, for example, or your child bathed in white light (when no lights are on).

Mom Elise Bannister shared a ghostly pic of her baby, who may or may not be ready for a role in a remake of The Exorcist, on Twitter. She had pulled the photo from their VTech baby monitor. In it, their baby Finn looks like he has “demonic” eyes. In response to the photo, many parents jumped in to share their own startling pictures of their children.

YOU MAY ALSO LIKE: Mom Spots a Ghost Baby in Her Son’s Crib, Eventually Solves a Hilarious Mystery

“We got a new video baby monitor and I think that was a mistake,” Erin wrote when she initially posted the pic.

Other parents responded with similar tales. “I had a similar treat one night,” one person said after their child wrapped themselves in their sheet and appeared as a ghost on the camera.

Some parents jumped in with some helpful parenting tips. “Is your baby baptized? If so, might want to try again. First time clearly didn’t take.”

“Can you return it?” another wrote. “The baby, I mean the baby.”

Erin took the comments all in stride, later posting a tongue-in-cheek follow-up pic of Finn. “This has blown up a bit, so I thought I’d post a normal photo of my baby so y’all can see how cute he is.”

After the Tweet went viral, Erin spoke to Today, saying “When I first started it up and saw that Finn was just silently staring at the camera like something from a low-budget horror movie I absolutely lost it laughing.”

She continued: “It was hilariously creepy. I initially took the picture to share with a group chat of friends. I had no idea it would go this far!” 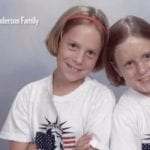 Identical Twin Burned in Fire Opens Up About Life That Could Have Been, Having Her Sister to Compare Herself Too

Audrey Roloff Isn’t Going to Sugarcoat Her Postpartum Journey, And the Fourth Trimester Hasn’t Been Easy on Her 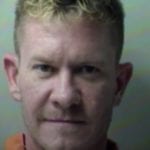 Teen Installs Video Camera to Prove She Was Being Abused by Her Dad Because No One Believed Her, Now Her Mom Is Fighting for Custody 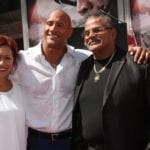 Dwayne ‘The Rock’ Johnson’s Beloved Father Has Passed Away at the Age of 75, Reports Say 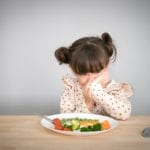 Expert Advice: What Are Some Tips for Dealing with a Picky Eater?